It’s not all about the net

The headline from the weekly futures positioning data from the CFTC is always the net specs. That’s the net (long minus shots) among speculators.

It’s great because it offers a rare read on speculative positioning in the forex market.

The context is usually historical. So if the net +88K in the euro, it means that there are that many more open futures contracts than shorts, among speculators.

Many are drawing the conclusion that means longs are more crowded than ever. That’s true but it’s also misleading.

What’s important to recognize is that many more people are involved in futures.

In a sense, that’s what’s happened in the forex futures market.

For instance, here are overall euro shots. They’re far below recent highs but still higher than almost any period before a few years ago. 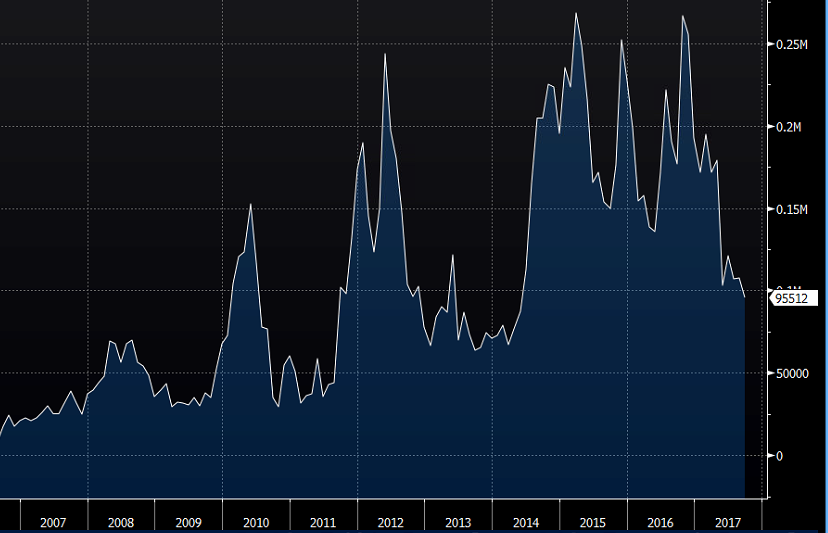 Another great example is sterling. The cable net is now narrowly net long years of heavy bets against GBP but there is still a huge short position in GBP that shows the growth in the forex futures market. 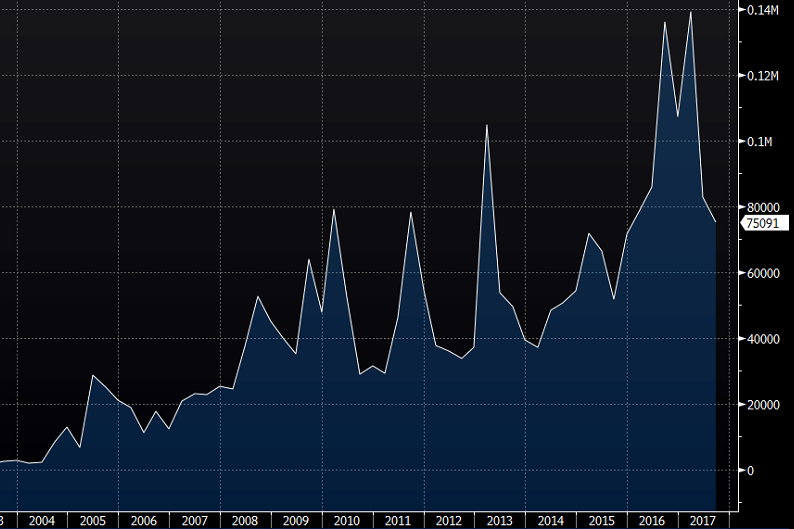 So while the net remains the best signal, the amplitude of the market is less-telling than it used to be. Put another way — a net +50K today is equivalent to a net +25K five years ago.

This article is doing the rounds today and it focuses on the net, but it risks exaggerating speculative swings (and it’s a bit sensationalist overall).

Create your survey with SurveyMonkey