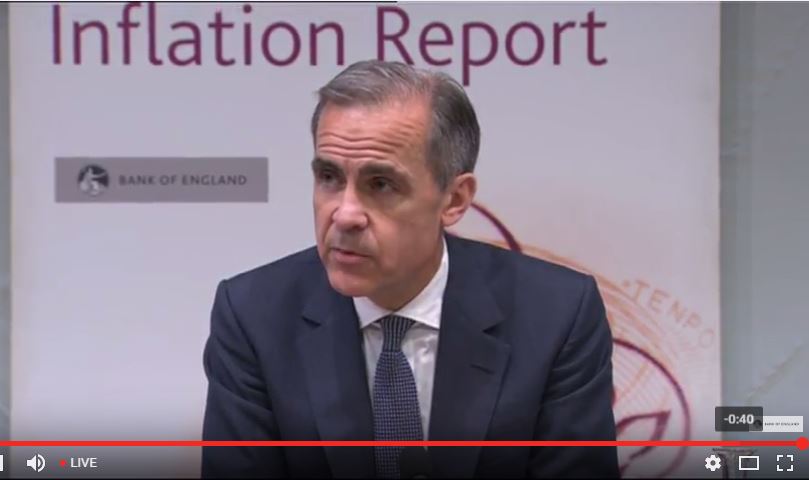 Will they/won’t they hikes rates today ? If so is it a one-off or start
of a series of hikes ? How much of either is already factored in?

These
questions and more will be answered in the aftermath of today’s
announcement at 12.00 GMT. I stand by my view that no-hike is still a
possibility but if we are to get a 0.25% rise, as is widely expected,
then it’s a one-off to reverse the knee-jerk cut post-Brexit and largely
factored in so GBP gains will be limited after a quick jump higher.

Not only a correction to that cut but also a need to create wiggle room for a cut again if/when the next crisis ( Brexit or otherwise) comes to pass. Saving face in the wake of recent comments also a factor but that’s never seemingly bothered Carney before in a CB career in which he has never once pushed the hike button. On that note  and previous BOE rhetoric I find the notion of a 0.5% hike, albeit one favoured by some eminent economists, not a real possibility.

Recent data hasn’t justified a rate hike and the BOE have already said they see inflation peaking around now and c.3% so why hike now? The answer to it all might well lay in the latest BOE inflation report which is also due at 12.00 GMT . An upward revision to previous forecasts/view may well be a good reason/excuse for them to pull the trigger today. Little point waiting until Dec or Jan.

No greater moves I hear you cry? Well, I don’t see what is going to shake it up much further than that even with the algos in full fettle. So they don’t hike today but signal one coming soon again then we’ll head toward the lows in a rush but the more I read that traders/bots have factored in a hike and see limited gains the more I sense the market is already shorter than a week or so ago and therefore there will be demand in the dips to limit excessive losses

Conversely the market seems poised to sell the rally so that should limit gains even if they do signal this is the start of a gradual tightening as they have hinted at previously. Bluff and counter bluff as to where the market currently sits and how much, and what, is really factored in.

Brexit remains an unknown and the UK govt is currently in an even weaker position with May and her ministers trying to operate with a tight/flimsy majority in parliament and under ever- threatening scrutiny. Fallon’s resignation as Defence Secretary could be just the tip of the iceberg.

GBPUSD currently 1.3244 and on the back foot slightly with EURGBP up to test 0.8800 again. Order boards here and here.  Watch the presser live here from 12.30 GMT

So conjecture reigns supreme today once again. Ours is not to reason why, ours is just to sell and buy, or indeed buy and sell if that’s your preference/the outcome. Don’t burn up excess energy now. Take a chill pill, stop second guessing and just get ready with your preferred entry/exit levels as the algo-led moves unfold.

You know that part, at least, is in your control, and remember,