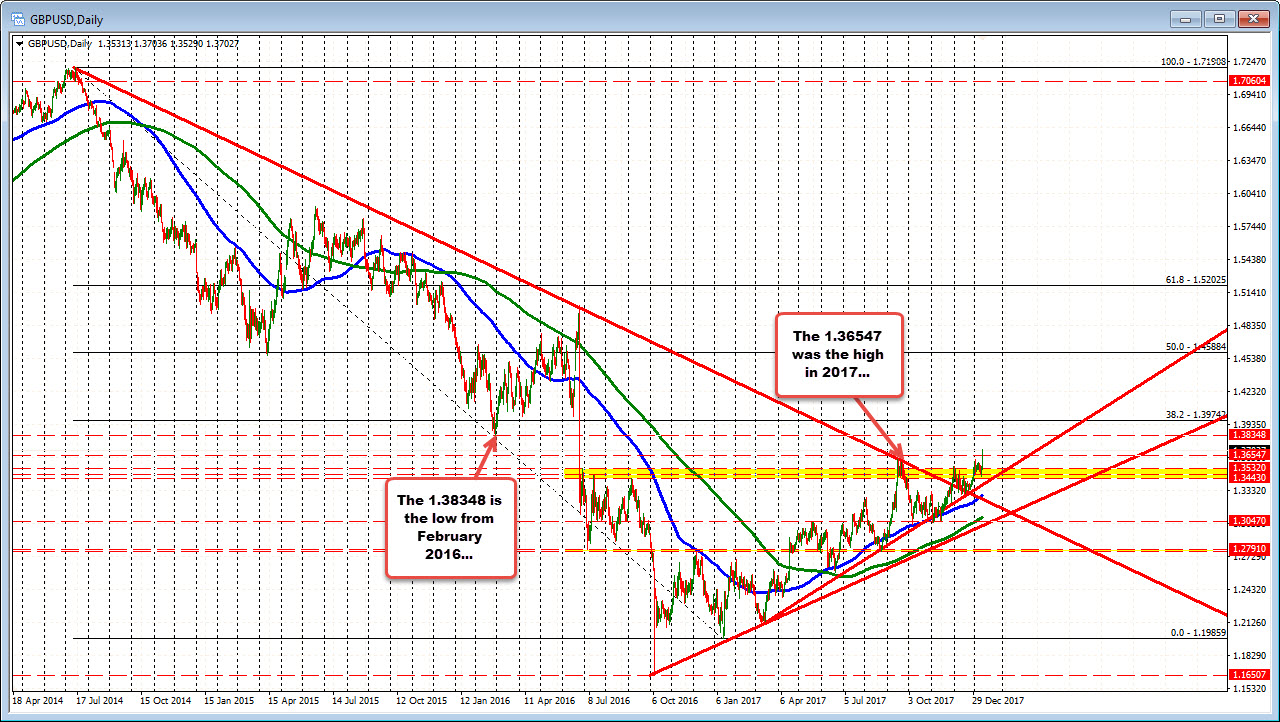 The price of GBPUSD is moving to new session highs and above the 1.37000 level. The pair trades at the highest level since Brexit day in June 2016. The swing low from the end of February 2016 is at 1.38348 and that is the next target from the daily chart.  Today the price moved above the 2017 high at 1.36547. That is a risk level for longs now.  A move below will be needed to turn the tide a little more to the downside on the failed break.

What might put a lid on the rally now is a topside trend line that cuts across on the hourly chart at 1.3707. That is where we are trading right now.  It may be enough to slow the rise. It at least gives traders a level to lean against with stops on a break above. 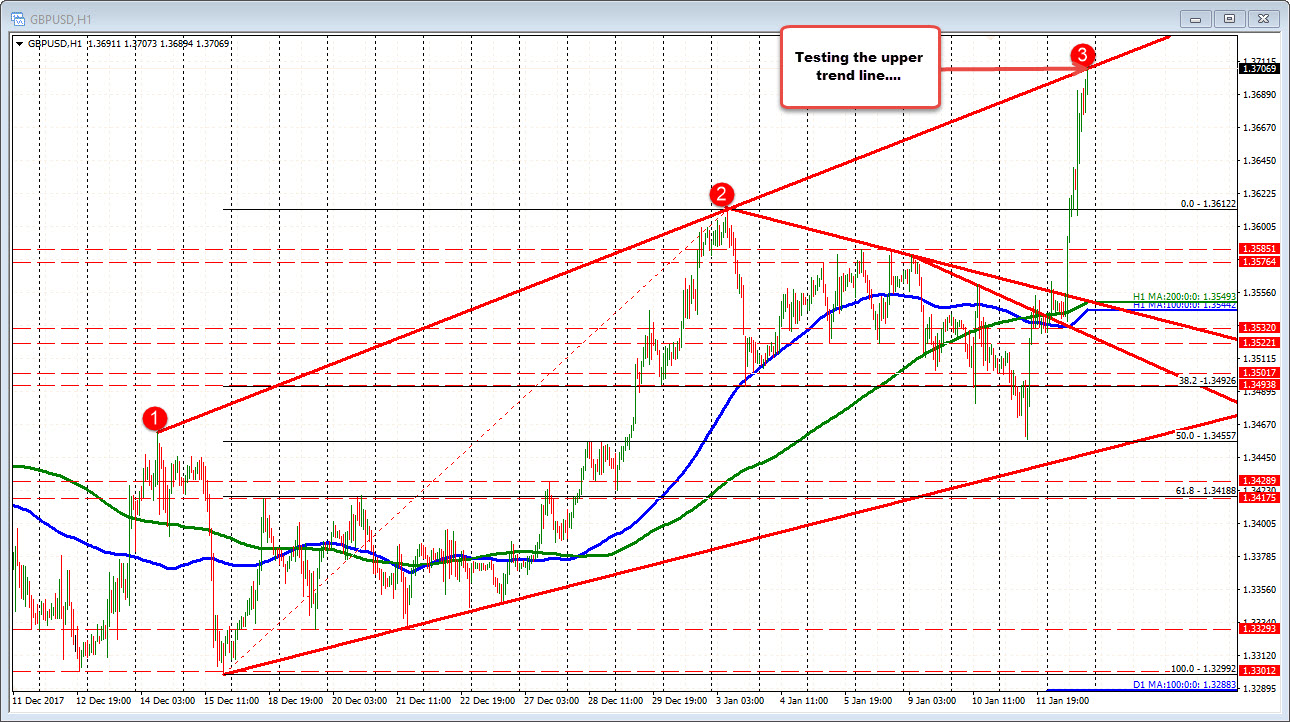 Overall, however, the buyers remain have run this baby higher and higher and higher today and in the process took out levels including that 2017 high at 1.36547.  So if the price does rotate back lower, there should be buyers below.