There are worries about something fishy happening at the Kraken Exchange because of a hastily-announced system upgrade that started at midnight ET Wednesday.

The exchange has been having problems over the past few weeks. High traffic and trading is certainly a plausible explanation but nerves are always frayed in crypto and there is always a conspiracy.

The initial notice said: “Kraken services will be offline for about 2 hours during the upgrade, possibly longer.”

It’s been nearly 34 hours. The company has put up several updates on its maintenance page with the last one more than 2 hours ago saying “it may still take several hours”. 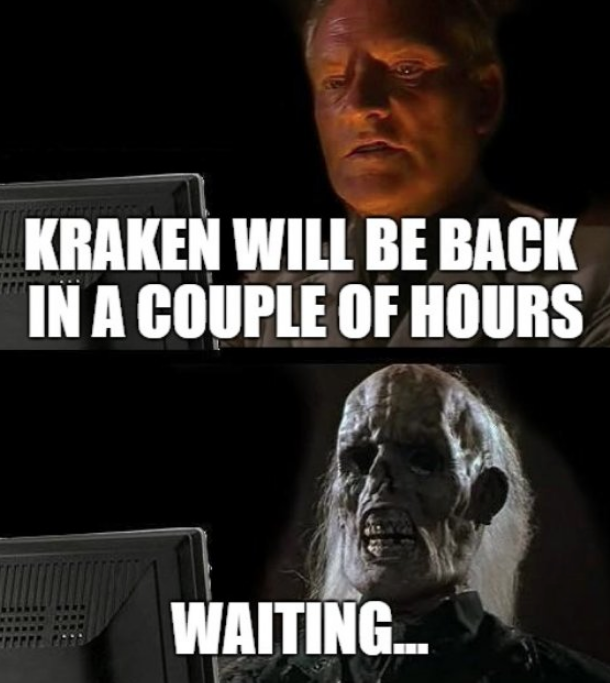 Thankfully Bitcoin has been fairly stable over that time, but imagine if it was crashing? People would be losing their minds.