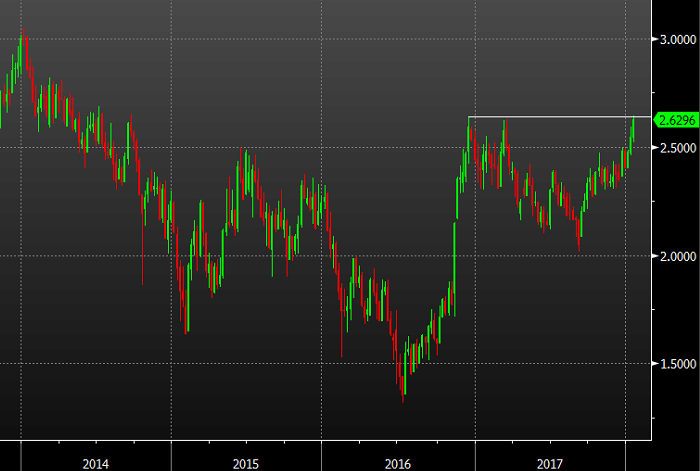 It’s rise and fall has more of an effect on the global economy than anything else.

It’s a doubly important break because it helps to confirm the long-term chart in bonds. It suggests that the +30-year bull market in bonds (downtrend in yields) is over. 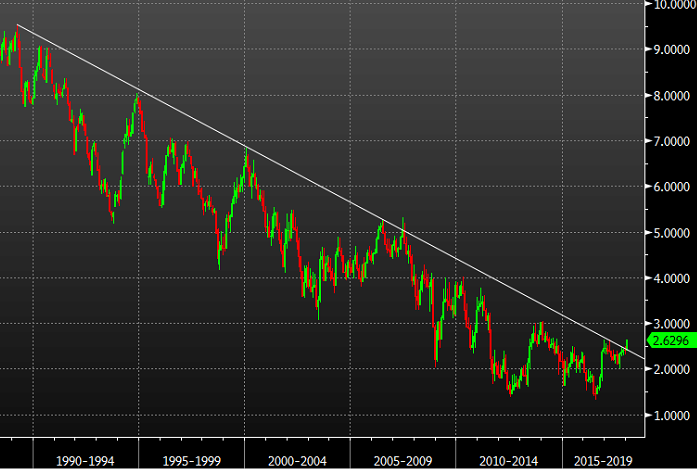 It’s tough to overstate what this all means:

At the same time, it’s premature to think it will all happen overnight. Rates rose above 3% in 2014 and then it was more of the same doldrums for 3 years.

At the very least, it’s worth watching and it’s probably worth trading. It’s good news for the US dollar but, of course, everything is relative and yields almost everywhere else are moving up.

Aside from an outright short on bonds, rising yields could hurt equities. That wasn’t the case in late-2013 and early-2014 but it’s something to watch.