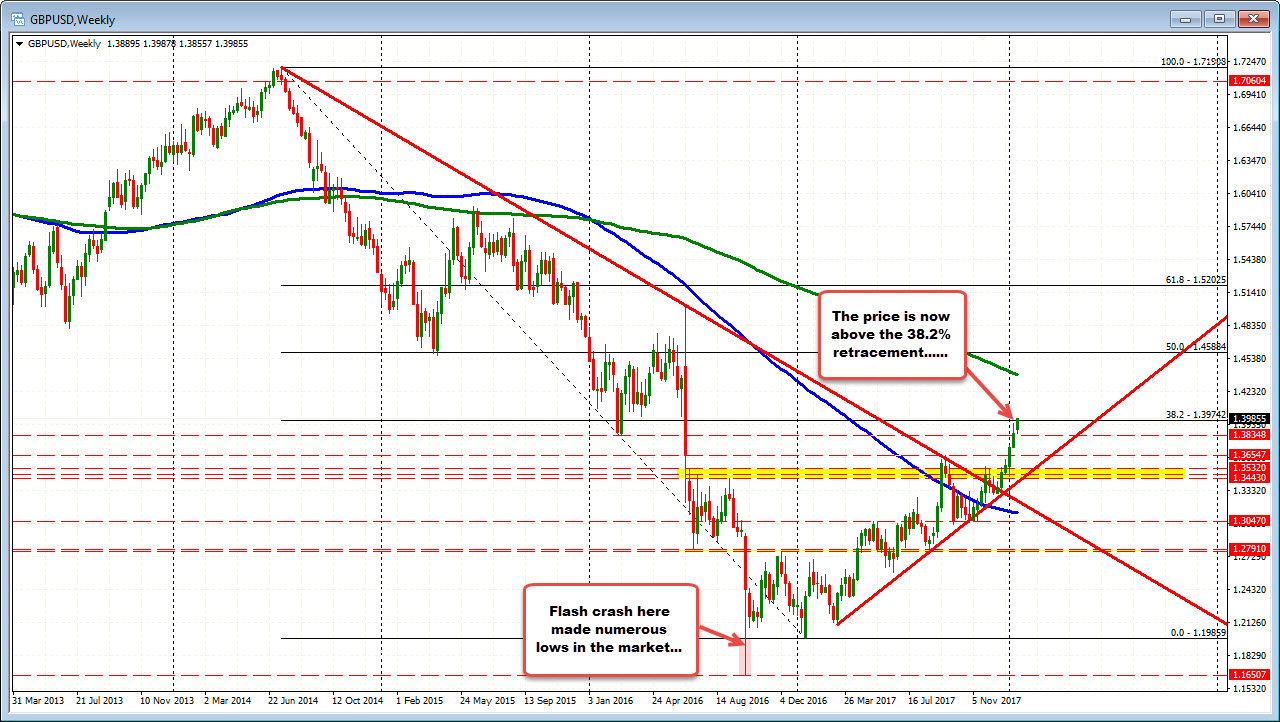 Back on October 7th, 2016, there was a “flash crash” that took the price quickly lower. On my chart the low reached 1.1650. On Bloomberg, the low reached 1.1841.  Your broker/charts will likely have something different.  Anyway, on that day the price crashed and then rebounded quickly.

As a result, I choose to think of the January 2017 low as the low for the pair.  That low is the same as what Bloomberg has. It is consistent. 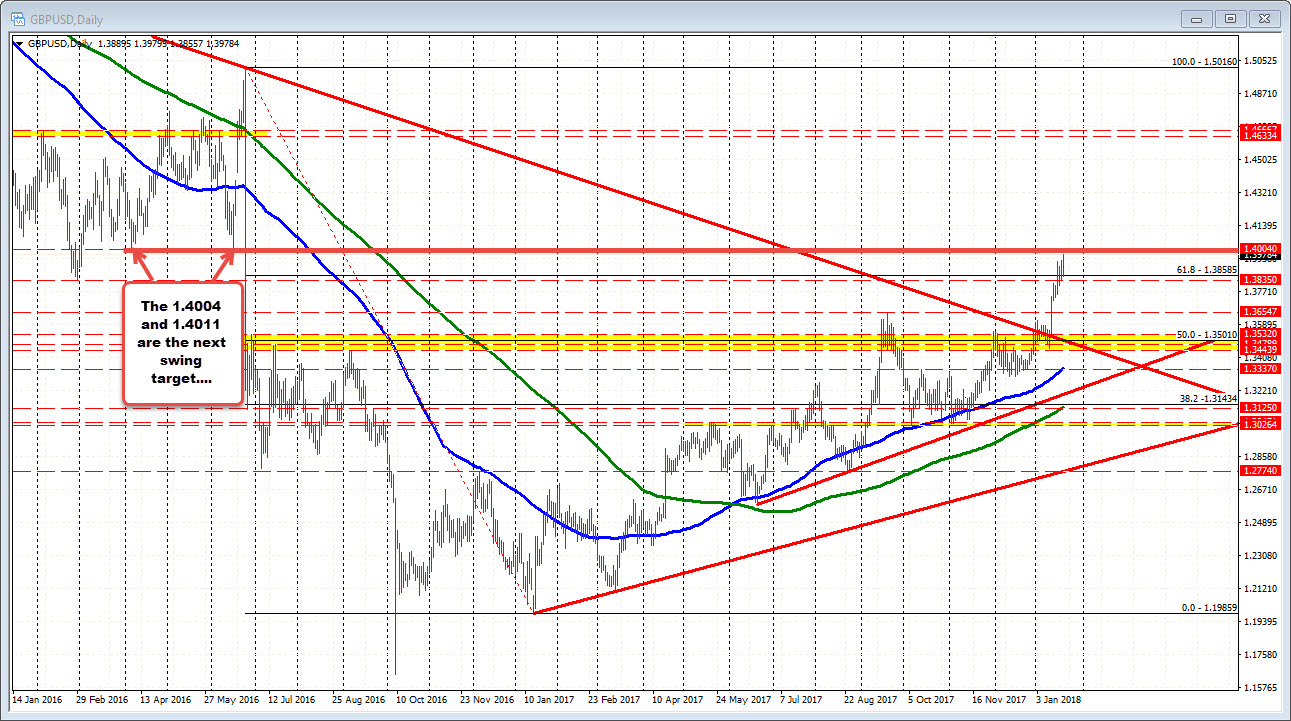