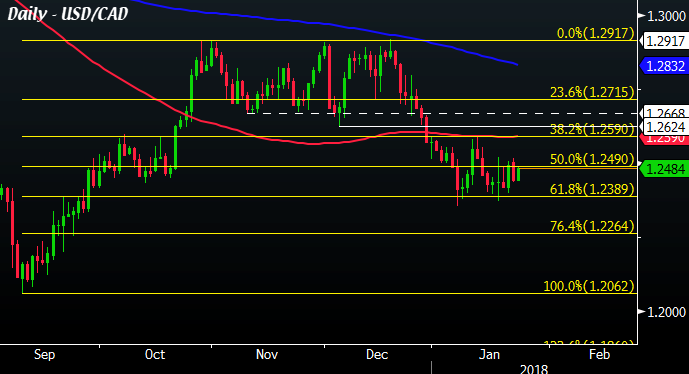 
CAD is the second weakest major currency on the day, just behind the AUD

In case you need a reminder again, today marks the start of the sixth round of NAFTA talks.

While the dollar is among the leaders on the day, the loonie is lagging behind. So what’s that doing to USD/CAD?

For the past week, the pair has been range trading between 1.2400 – 1.2500 after the Bank of Canada announcement as we await more news from NAFTA talks to guide the direction. This round of talks will stretch to 29 January, so there’s going to be a lot of trading based on bits and pieces of information (or lack thereof).

Until we get some fresh catalyst, this range remains the playing field for buyers and sellers. Although, buyers are now in control of the pair as we break above the 100 and 200-hour MA once again – after finding support at the 100-hour MA: 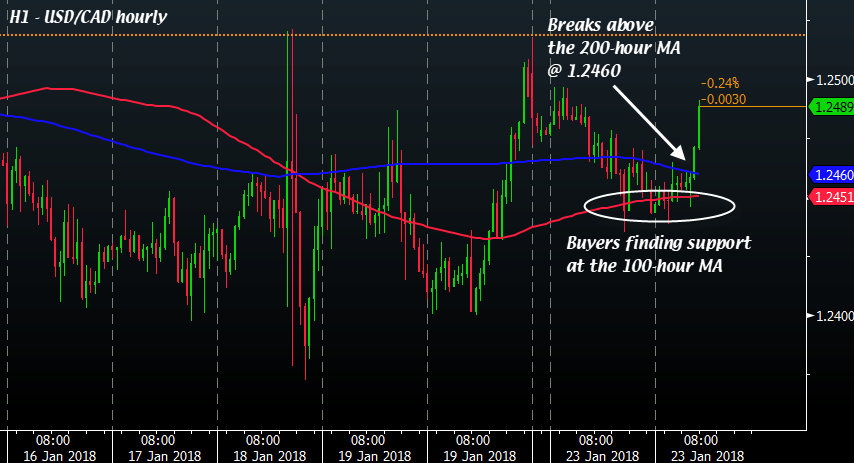