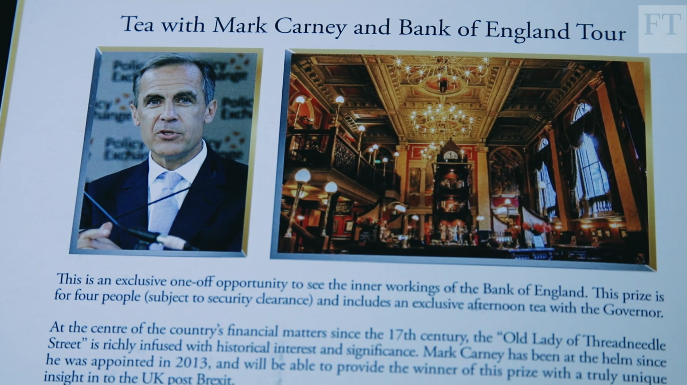 The buzz in London today is an expose in the Financial Times detailing a men-only charity event called the President’s Club. It’s about the 150 hired female hostesses for the night and frequent episodes of sexual harassment.

Given that the corporate literature around the event said this, it was basically sanctioned:

“The Presidents Club shall accept no responsibility and shall not be
held liable for any actions of its members, staff or event attendees
that amount to harassment.”

It seems every company that was involved as a sponsor or attendee is now distancing itself, or denying that leaders were even there.

One of the items up for auction in the charity portion of the evening was tea with Bank of England Governor Mark Carney.

The Bank of England is now giving conflicting explanations. They first said the prize was a sham and didn’t exist. They now say it may have been re-gifted from an offer made at the Lord Mayor’s Appeal.

Aside from associating itself with the event, the whole affair raises some troubling questions about cash for access. The BOE did confirm that Carney has agreed to such prizes on a handful of occasions over his five-year tenure.