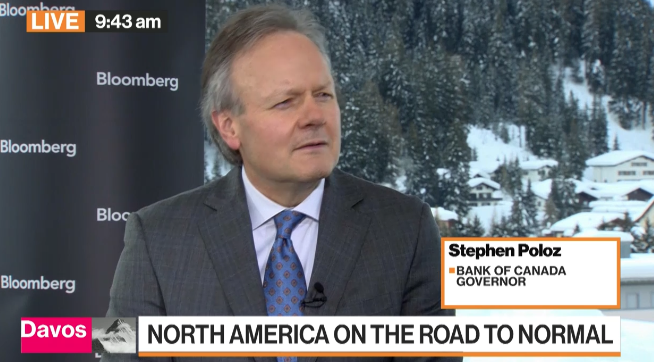 Bank of Canada Governor Poloz downplayed the effects of the exchange rate on exporters while highlighting NAFTA uncertainty in an interview with Bloomberg earlier.

“The most important effect to Canadian exporters isn’t the Canadian dollar, it’s what is the growth rate of the US. The exchange rate matters, but it’s not the main thing.”

On NAFTA, he said he wasn’t close to the discussions but that companies are worried.

“Would you, as a company, make a five-year investment decision right no? No,” he said regarding uncertainty.

In terms of the BOC models, he said they had assumed 2% lower investment because of NAFTA uncertainty.

He was asked about currencies directly and he said “they are what they are.”

Join the conversation in our new Telegram group