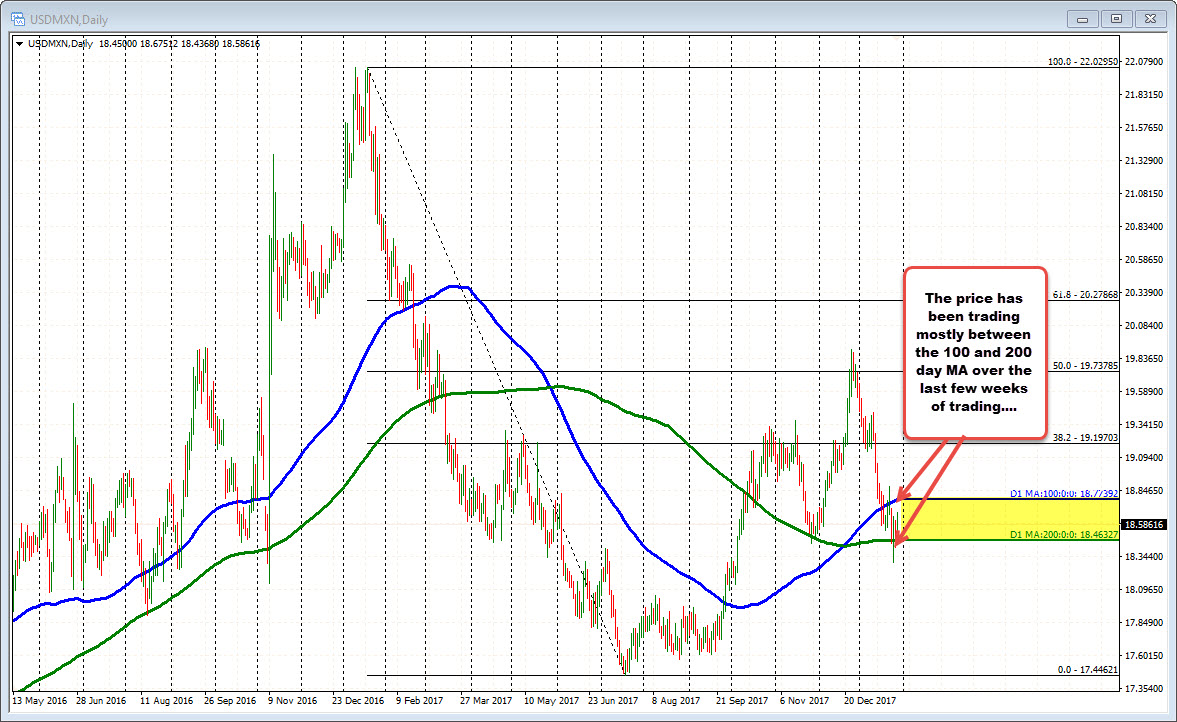 If the NAFTA falls apart, I would anticipate a move back above the 100 day MA and a move back toward the 19.73785 midpoint (and highs from December).  Right now, the market seems to be pricing in some sort of success (and not a total collapse).