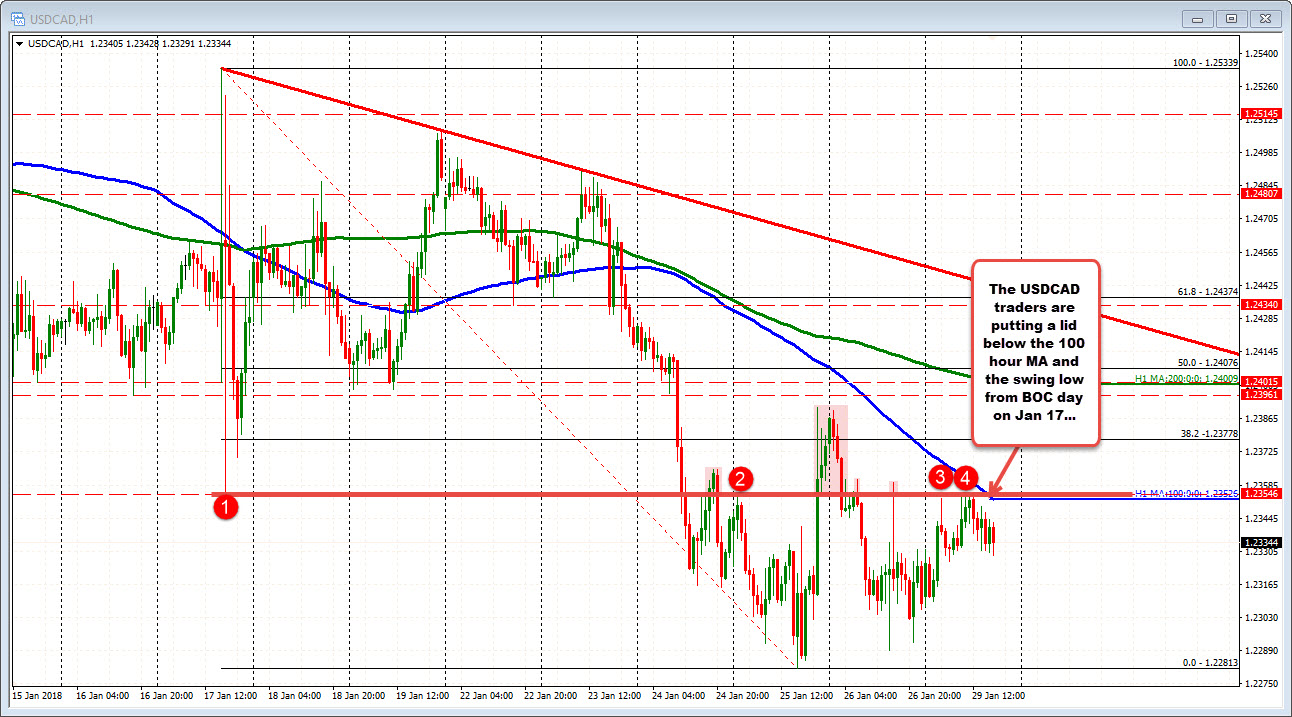 
Up on the day but waffles under MA level

The USDCAD moved higher in Asia-Pacific trading, stalled near the swing low from the BOC decision on January 17th, and has waffled near that level (at  1.2354) but below the 100 hour MA (currently at 1.236526 and moving lower).

Respective negotiators from the United States, Canada and Mexico will finish up talks on the NAFTA today. There is little sign of agreement on the toughest U.S. proposals to overhaul the $1.2 trillion pact.

However, there is “an air of optimism,” according to U.S. Representative Dave Reichert, who chairs the House Ways and Means trade subcommittee.

He said the  U.S. Trade Representative Robert Lighthizer said he was “hopeful” about the negotiations but also “recognizes that there’s a great deal of work to be done.”

Bad news can send the USDCAD back higher. Trader will be watching the 100 hour MA for clues.  Stay below is more bearish. Move above and there should be more upside potential.

Taking a broader view on the daily chart, the price stalled on Thursday and Friday last week against the 61.8% of the move up from the September 2017 low. That comes in at 1.23893.  The last 3 days have closed below that level.  It too will be a level of importance on moves back higher. 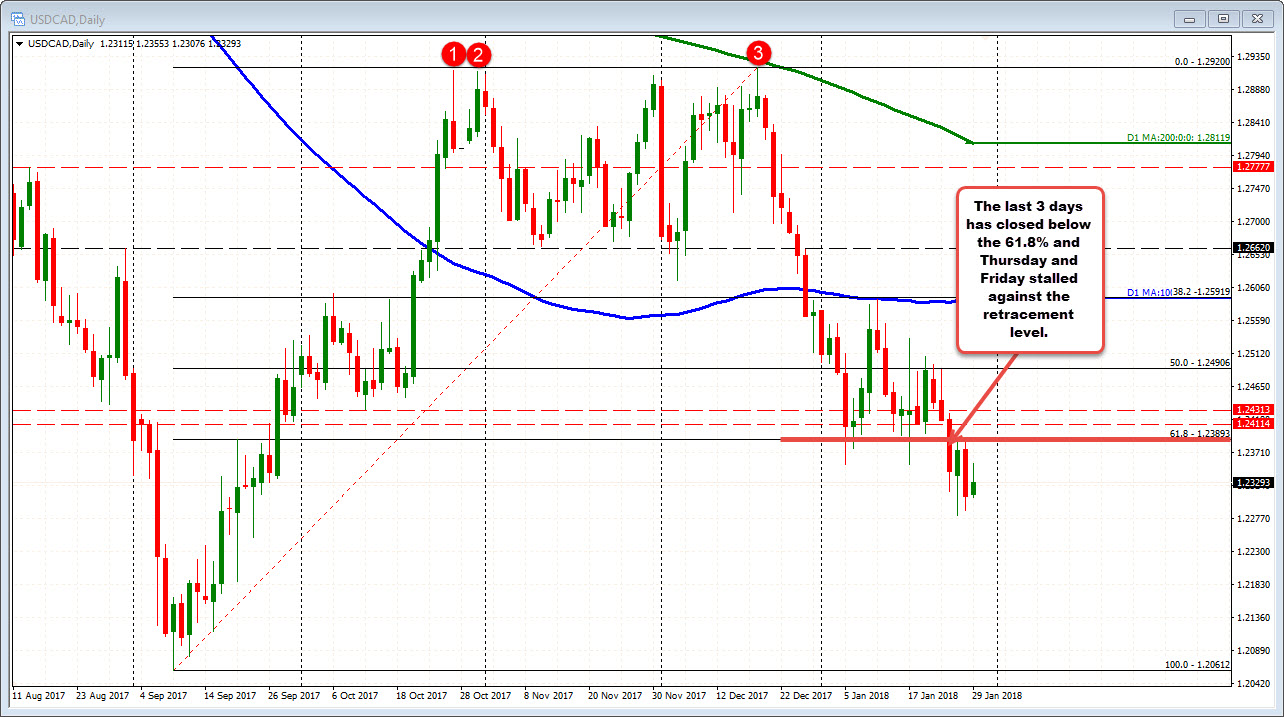 Most Accurate Binary And Forex Trend System Indicator| Attach With Metatrader 4| Free Download🔥🔥🔥
Full Time Forex Trading Is A Scam! Here's Why!
How to Improve Your Trading Strategy for Higher Forex & Stocks Profits
FOREX TRADING – Best Forex Trading Course of 2020!
The use of exponential moving averages in forex trading