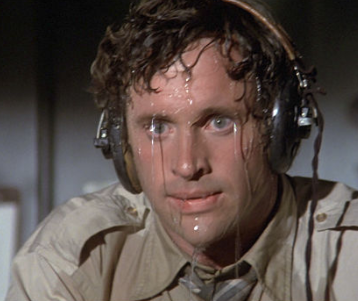 This makes sense. We are seeing the same (but slower and quieter ….. but still the same …. from the BOJ ).

Anyway, back to the ECB and the airplane … Is it wrong that this was the first image that popped into my mind?

From Airplane, a 1980 disaster movie spoof

US major indices close lower but off the low levels for the day
LIVE TRADE: THE EASIEST FOREX TRADING SYSTEM EVER ($120/DAY)
Crude oil races higher on the Trump comments. What are the charts saying?
REAL Forex Basics #1
A small factor in the month ahead