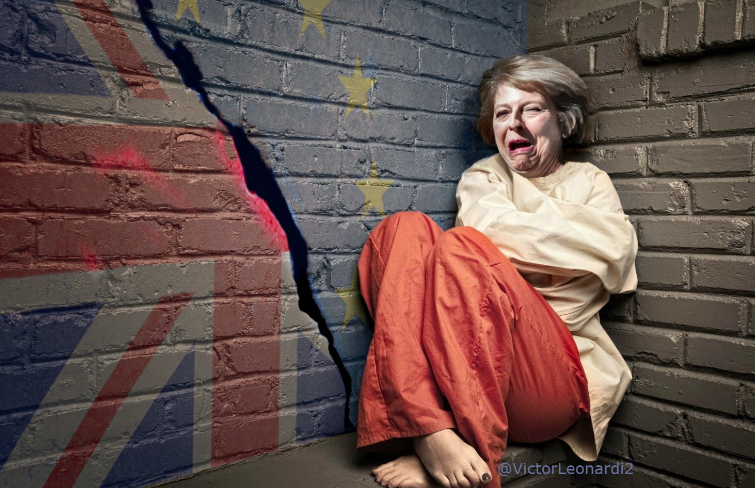 
How can she negotiate Brexit?

The main preoccupation of a larger part of her cabinet is angling to take her job immediately after some kind of Brexit deal is sealed. They don’t want to do it before, because then they’d have the impossible task of doing the negotiations with a dozen knives in their back.

The latest update is that May is losing support for a no-deal Brexit if the EU rejects Chequers, or more accurately, if the EU refuses to advance negotiations.

Theresa May doesn’t want a no-deal Brexit but she need to have that card in her hand, if only to force some kind of EU negotiation. It’s one of the few cards she has, maybe the only card she has and her cabinet is trying to take it away from her.

The only ally May appears to have is Raab and Barnier seems to be trying his best to make progress, but he gets his marching orders from Brussels. There appears to be a way towards a deal and even Juncker said he was optimistic but it’s going to be an ugly month ahead.

Still, sterling has been impressively hanging tough. To me, its ability to withstand a relentless barrage of negative headlines is a great sign for the weeks ahead, but even if cable ends up climbing 500 pips before year end, it’s going to be the kind of thing where it climbs 150 pips, then gives 100 pips back in a flash — so expect some indigestion if you’re along for the ride. 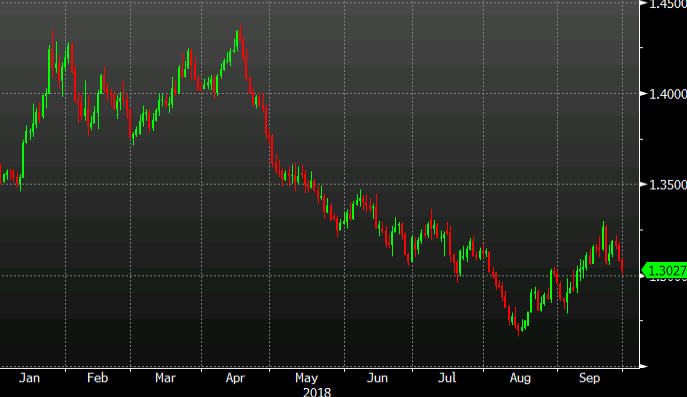