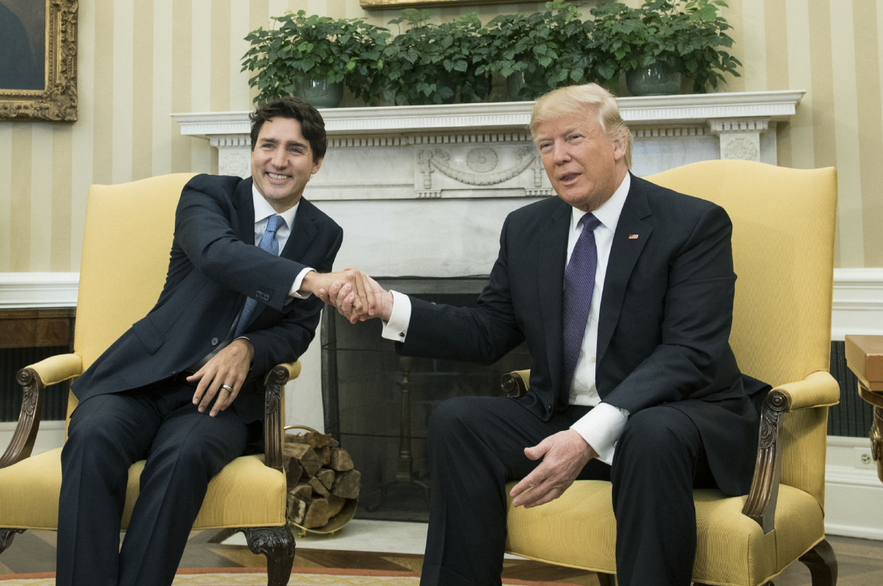 Canadian trade minister Chrystia Freeland was set to deliver a speech today but it was postponed with NAFTA negotiations said to be optimistic a deal can be reached today or Sunday.

Bloomberg, citing people familiar, said a deal could be wrapped up within hours with the US planning to publish a full legal text before Monday in order to meet a Dec 1 Mexican deadline.

“The U.S. and Canada are
on the brink of a deal after making
progress on contentious issues, the people said, speaking on
condition of anonymity as negotiations continue. While there’s
no guarantee that a final agreement will be reached, no issue at
this point is too large to overcome, they said,” Bloomberg reports.

A separate report from the Globe & Mail says Canada was prepared to make significant concessions on dairy in order to preserve the Chapter 19 dispute resolution mechanism and to get a guarantee not to impose tariffs.

The Canadian dollar dropped on Friday and finished at the best levels of the day on reports Mexico was insisting on a trilateral deal.

Expect another jump in the loonie (along with MXN) when the FX market reopens.