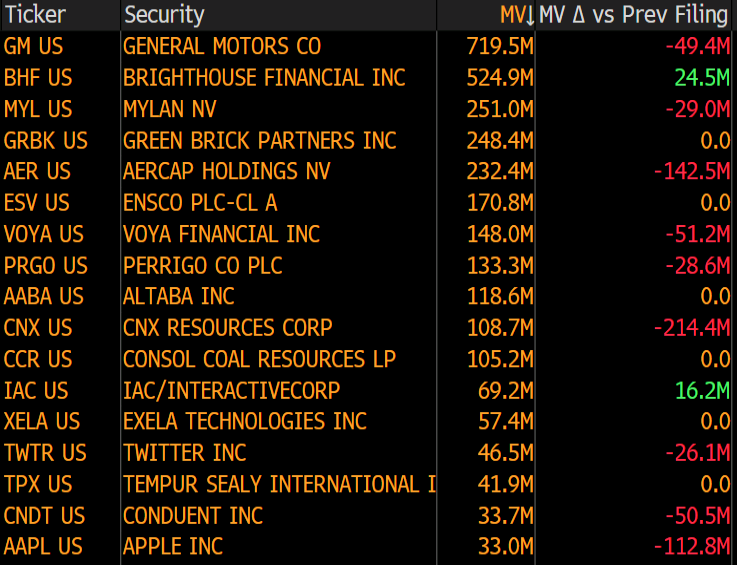 David Einhorn is one of this generations greatest investors. However he’s having an absolutely terrible year. His Greenlight Capital is down 25.7% year-to-date including a 9.1% fall in Q3.

One of his winners was Apple, whose shares are up 30% this year. In a letter to clients, he said he’s sold the position because of worries about Chinese retaliation. He first made the investment in 2010 and said the bet made over $1 billion for clients.

“We ultimately sold because our differentiated thesis from 2011 has become consensus,” Einhorn said. “We are somewhat worried about Chinese retaliation against America’s trade policies.”

I think US-China tensions are a bigger part of the latest leg down than most others believe. For sure, yields are driving the bus but heavy selling came after Mike Pence’s anti-China speech. The fear is that more is coming and that we’re in for a long battle.

As for Einhorn, he’s had some better news lately. He’s been betting against TSLA and Elon Musk is off the rails. Today he compared Tesla to Lehman Brothers.

However his biggest position is a short in the ‘bubble basket’ of tech stocks that includes Amazon and Netflix. His biggest US-listed long position in General Motors. Here are more highlights from the June 30 13F filings: