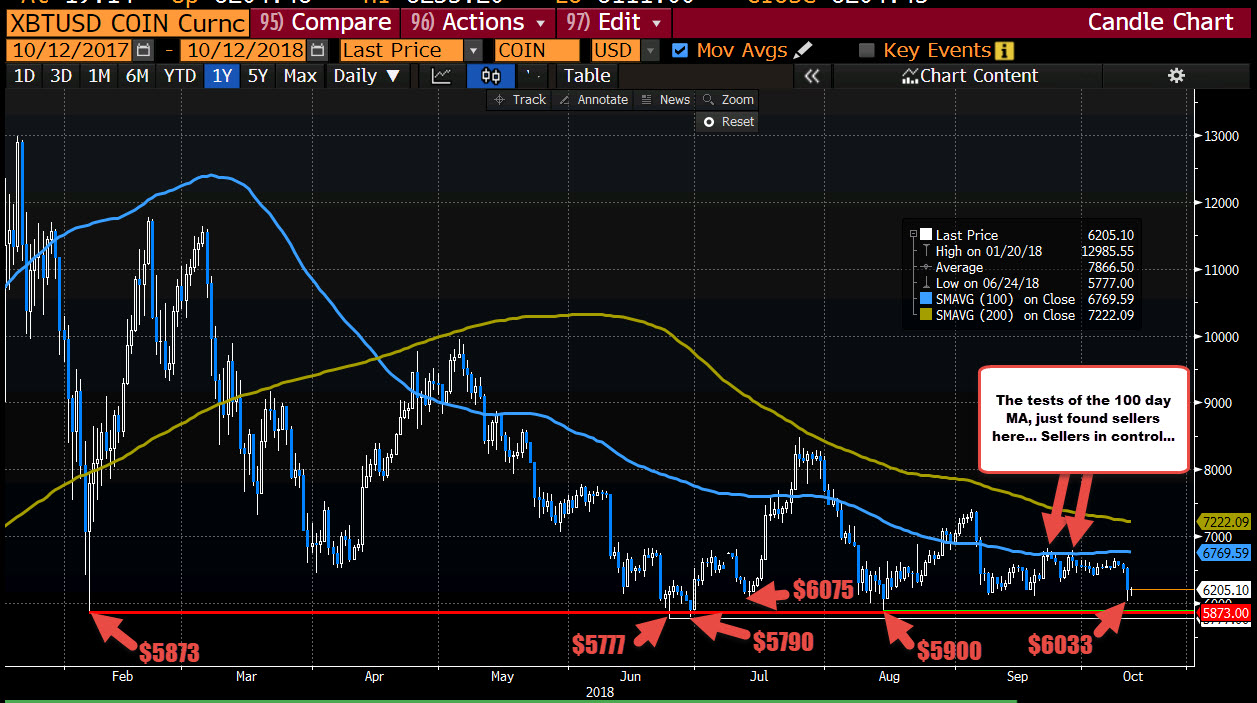 
Thursday tumble sends the digital currency back down toward 2018 lows

The price of Bitcoin moved lower this week and in the process moved away from the 100 day MA and toward the lows of 2018.

Looking at the daily chart, the digital currency has had trouble on tests of the 100 day MA (blue line in the chart above) since breaking below on September 6th.  Then the two or so weeks prior to the tumble on Thursday, saw the price consolidate in a very narrow trading range. Something had to give, and it was the sellers who were the victors and took control.

Drilling to the hourly chart below, the pair gave sellers a clue on Thursday, when the corrective move off a low, stalled in between the converged 200 and 100 hour MAs (green and blue lines).  Sellers pushed lower with lots of momentum.  The consolidation/no trending  phase was over. 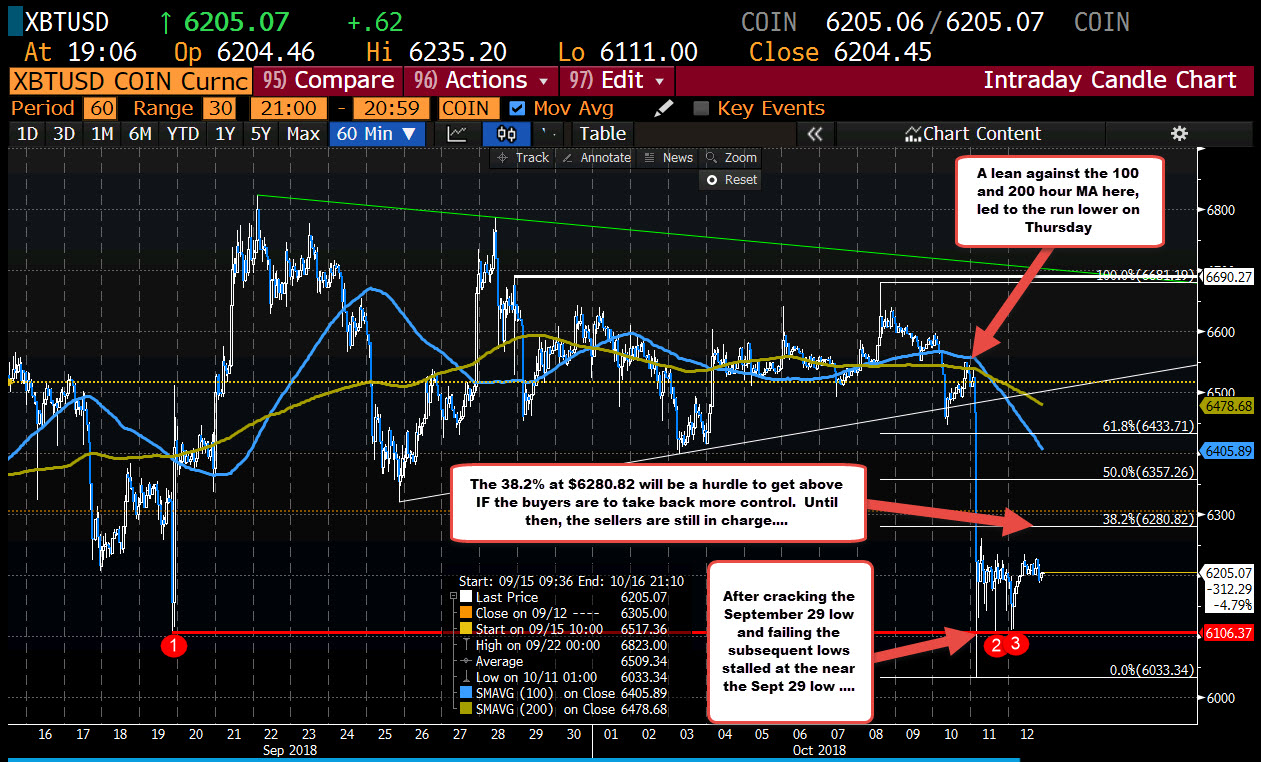 On the topside, the correction off the low has not been able to get above the 38.2% of the move down from the high this week. That level comes in at $6280. A move above would give buyers a little more control (and may give sellers more cause for pause).