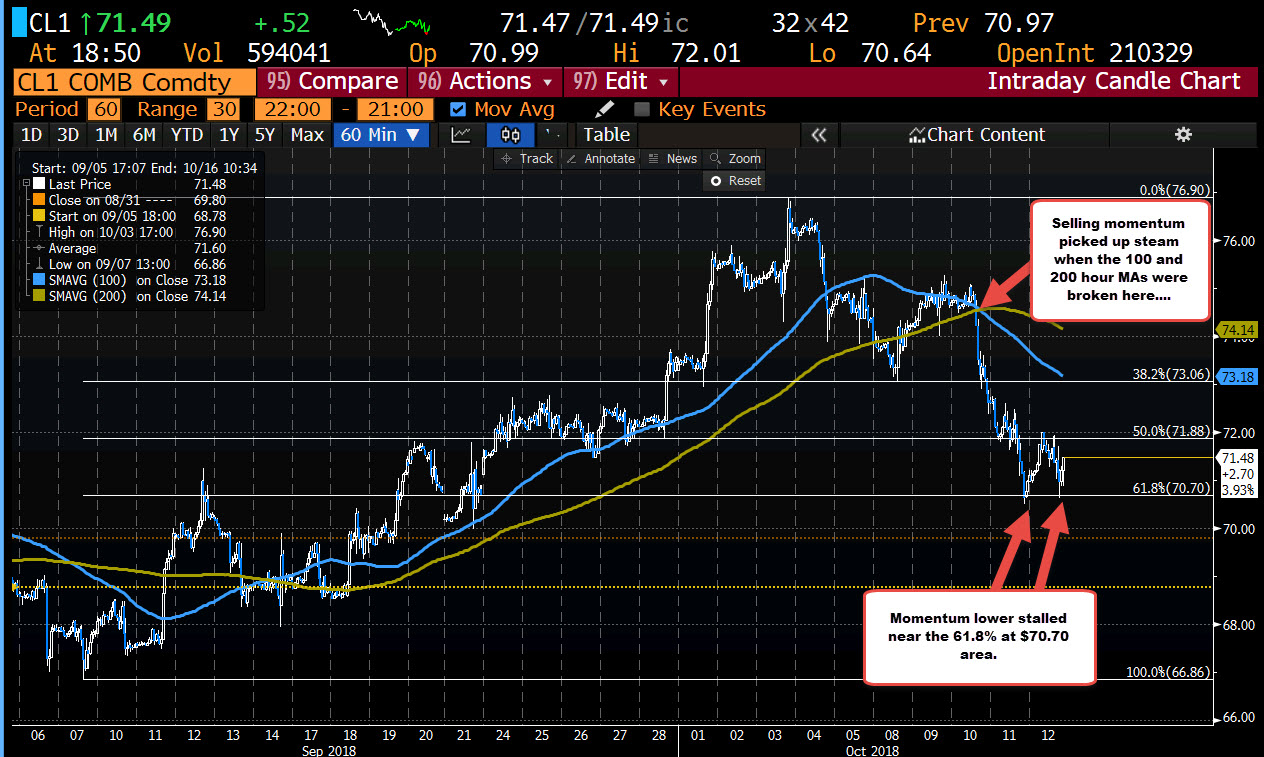 The tumble in global equities helped to push prices lower on worries about slower growth.  Also weekly inventory data contributed to weakness when the private API data on Wednesday showed a large build of over 9750K barrels in the week.. That was more or less confirmed on Thursday, when the DOE reported its version at +5987K. Both were well above the expectations.

Looking at the hourly chart above, the price fall picked up steam on Wednesday after the 100 and 200 hour MAs converged, and the price broke below those MAs and started to run.

The price fall stalled near the 61.8% at $70.70 area. A break of that level next week will be eyed by the selllers. On the topside the 50% of the move up from the September low at $71.88 will be a barometer for buyers. Get above and there should be more buying coming in.