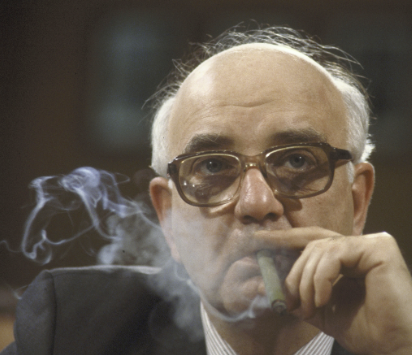 
It will be published this month

Paul Volcker was the Federal Reserve chairman from 1979-1987 and has sporadically appeared in public life since; most notably for the post-crisis Volcker Rule, which prohibits banks from using customer deposits for speculative bets. He remains incredibly well-respected.

He finally got on the task of writing his memoirs, which will be titled: Keeping at It: The Quest for Sound Money and Good Government and will be released on October 30. Ahead of the publication, he spoke to Andrew Ross Sorkin at the New York Times for an interview.

“I had no intention of writing a book, but there was something that kind of was irritating me,” he said. “I’m really worried about this governance thing.”

He said the US is “in a hell of a mess in every direction” with few believing in leaders and institutions any longer.