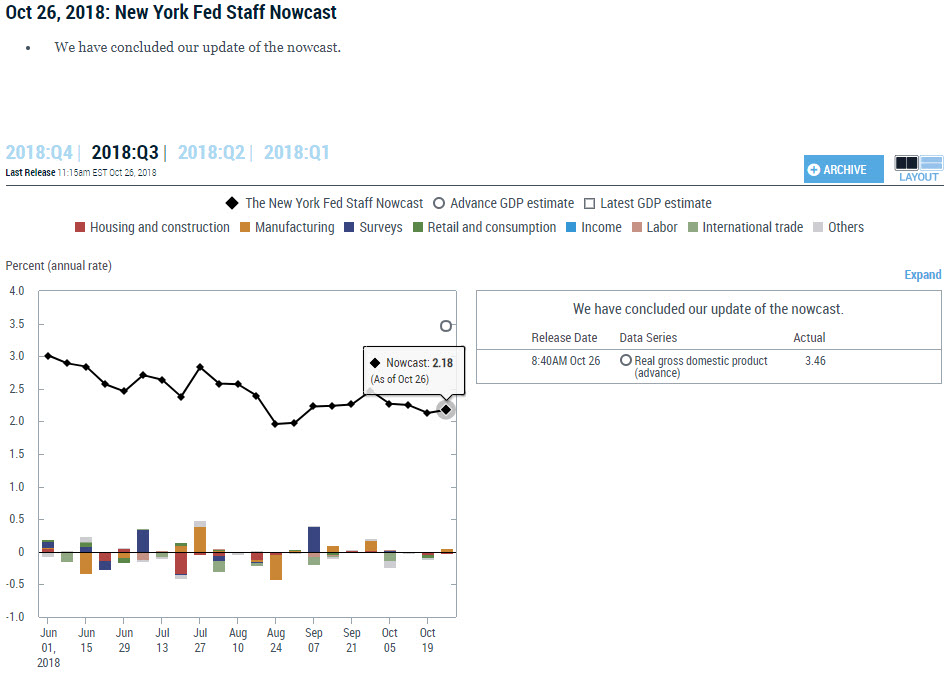 The NY Fed is out with yet another estimate for 3Q GDP, despite the initial estimate being released earlier today at 3.5%.

They seem to not believe the data today, as their model sees 2.2% 3Q growth in the current calculations (vs 2.1% last week)

The NY Fed has been below most of the consensus estimates for the quarter.   In their defense, there are a number of revisions to the data to come (from data that is not known now). So in theory, the actual final GDP, can still be revised closer to their estimates.

However, what we do know, is they won’t get any favor from the White House.

PS the Atlanta Fed GDP tracker forecast 3.6% which was not far off the 3.5% first cut number today. 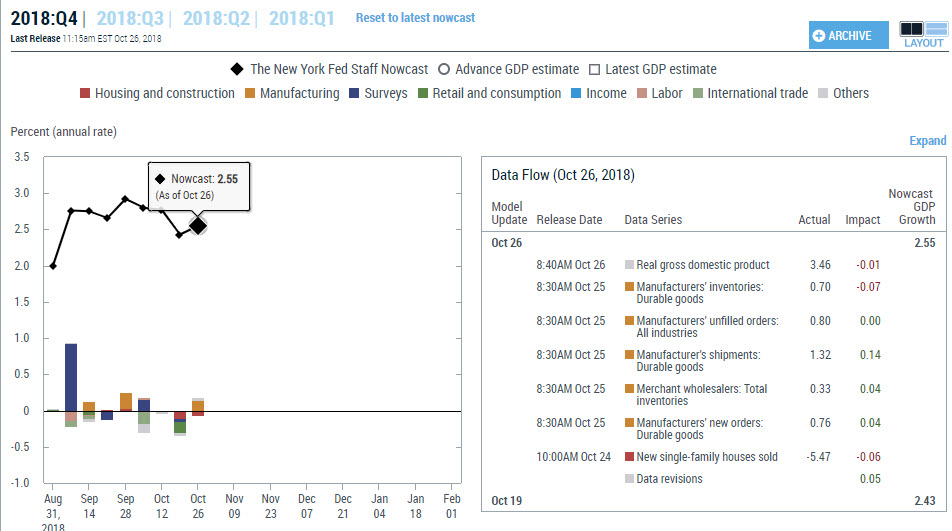