In the European and US stock markets today, while major indices closed lower. The declines were led by the NASDAQ composite index which fell -2.07%.

For the week, with the exception of the Shanghai composite index, the other major indices area closing lower, with the hardest hit being the Japan Nikkei which fell -5.98%.  In the US, the S&P index fell -3.94%.  The German DAX fell -3.06%.  Below is a summary of the % changes for the major indices this week.

In the US that market today, yields moved lower, as flight to safety flows dominate.

Not surprising , for the week benchmark 10 year yields were lower with the US 10 year moving lower by -11.7 bps.   Stock declines are to blame.

In the forex market today, the JPY ends as the strongest (but well off the highs). The CAD was the weakest. The USD was higher at the start of the NY session, gave up a lot of the gains and is ending the session mostly lower.  The greenback was only higher vs the CAD. The rest of the major pairs were lower at the close. 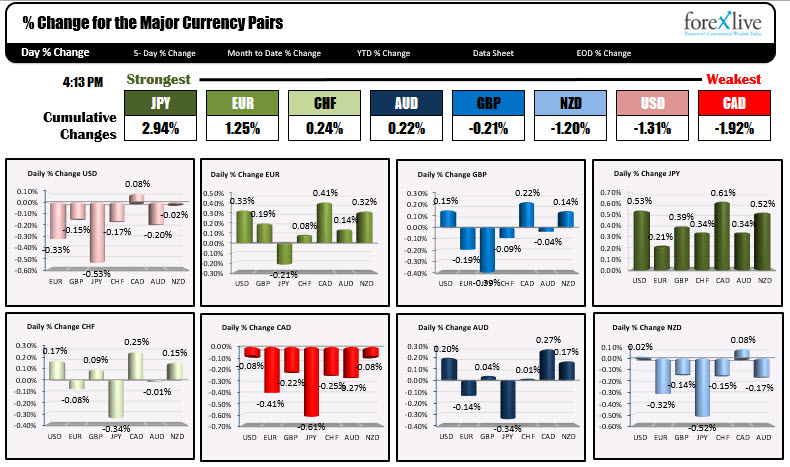 Looking at the changes in pips of the major pairs, the JPY pairs are off lows but did erase some of the declines.  The EURUSD and GBPUSD were negative and near the lows at the start of the NY session, but recovered and ended higher by the close. 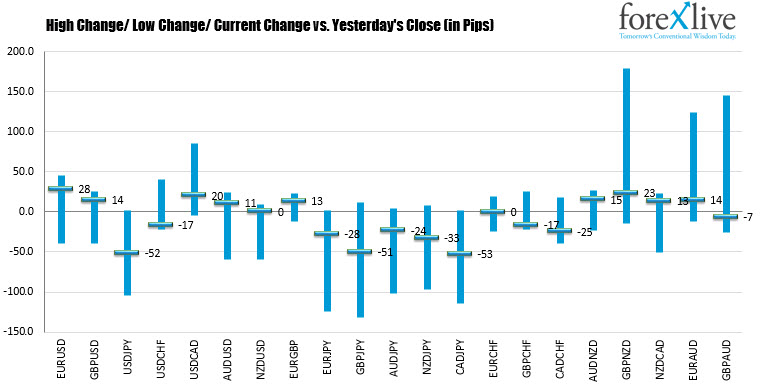 For the week, the JPY was the runaway strongest on flight to the relative safety of JPY flows. The GBP was the runaway loser thanks to all sorts of concerns about Brexit.  It is hard to imagine with the internal issues within her party, and hurdles with the EU, how a deal will be done. The pounds decline this week was evident of that fear. 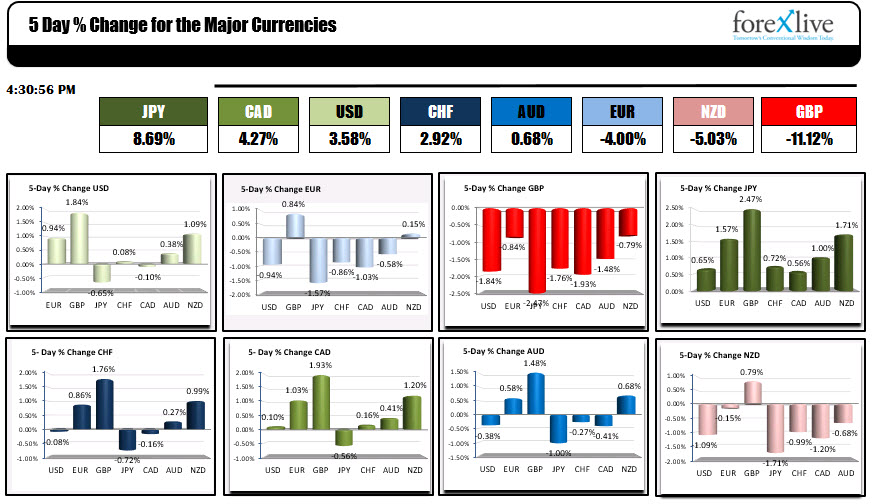 Once again, the market reaction today was focused on the moves in the US stocks. The market did not like the revenues from Google and Amazon, and the guidance for Amazon (although they are likely just sandbagging)  That sent stocks tumbling lower. It was not a good week (nor is it a good month – worst since 2008).

The other big event was the GDP data.  It was a weird number:

However, there was some head scratching pieces as well

The combination of lower stocks and a GDP number which seemed good, but may not have been so good, helped to turn the USD from up to down by the end of the day.

Some technical thoughts for the new week:

Wishing you all a great and safe weekend. Do something nice for someone.