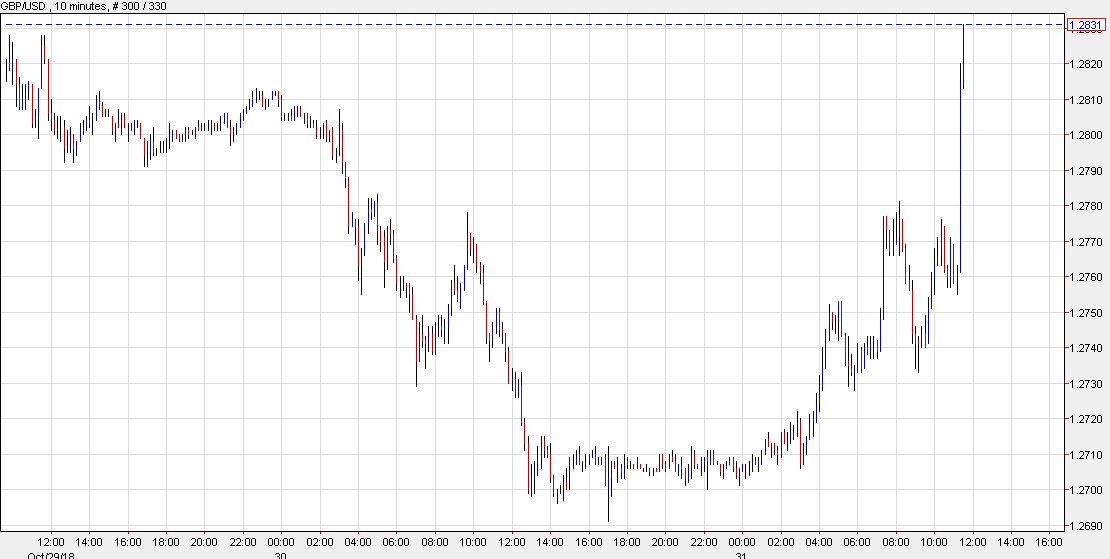 
Headline gives a lift to GBP

The US dollar is under some broad pressure but this headline is adding some support to the rally in GBP/USD, which is up to 1.2820 from 1.2765 minutes ago.

It’s funny how 10 headlines about a Brexit deal being ‘very close’ do nothing for GBP but the moment there’s a date stamped on it, the market responds.

The letter is to Hilary Benn, chairman of the UK Parliament’s Brexit select committee and was published on the committee website.

He doesn’t exactly say he expects a deal to be done Nov 21 but that’s certainly what he implies:

“I would be happy to
give evidence to the Committee when
a deal is finalized, and currently expect 21 November to be
suitable”

The background here is that they have been accosting him to appear for a regular update. They pushed for the Nov 21 date. There’s nothing really here except him saying ‘Fine, I’ll plan to be there if a deal is done’ but obviously, that can be cancelled if there’s no deal but Benn later sent a letter back to him asking him to be there whether a deal was done or not. I wouldn’t expect this rally in GBP to hold up.

Also note that the letter is dated Oct 24. 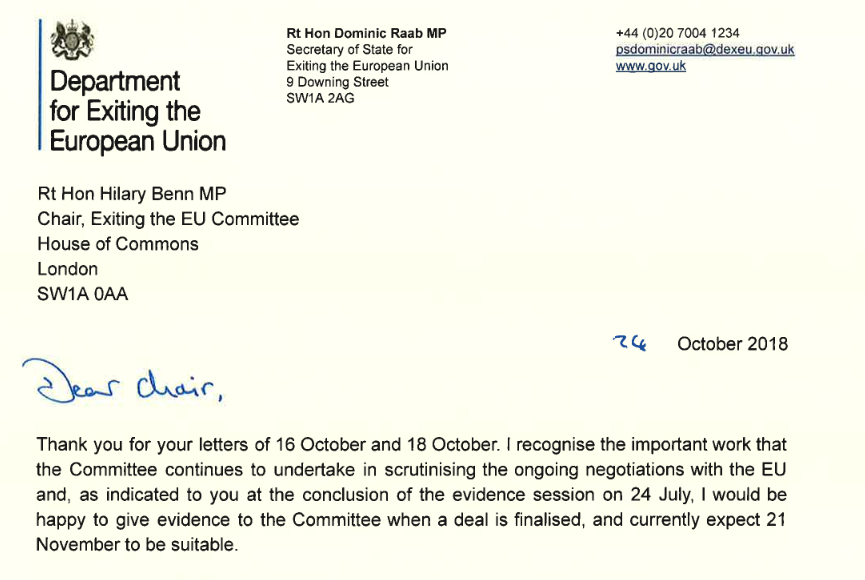 Forex Trading a Gartley currency trading system
Crude oil races higher on the Trump comments. What are the charts saying?
Major US stock indices rocket higher into the close
RBA meet next week – April 7
US major indices close lower but off the low levels for the day