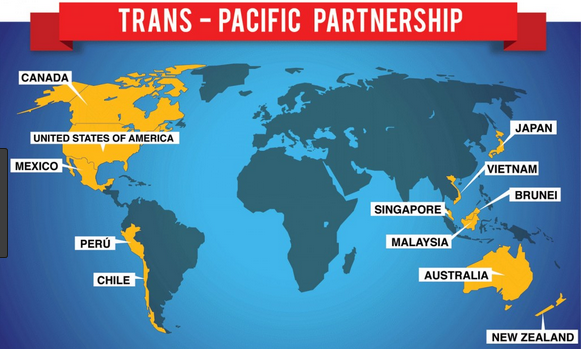 Six of the 11 Trans-Pacific Partnership countries have ratified the agreement and that means it will go into effect in 60 days.

Australia became the sixth country to ratify and those six will bound by the rules as of Dec 30. They are all the heavyweights in the pact:

These agreements give companies in those markets first-mover advantages in establishing trading relationships and staking out new markets.

New Zealand will look to expand dairy exports while everyone will attempt to export more beef to Japan as it progressively lowers tariffs over the next 15 years. However Japan may look to ramp up auto-part exports.

Ultimately, this will be great for the best-competing global companies and terrible for the weak ones that were formerly protected — which is what free trade is supposed to be about.