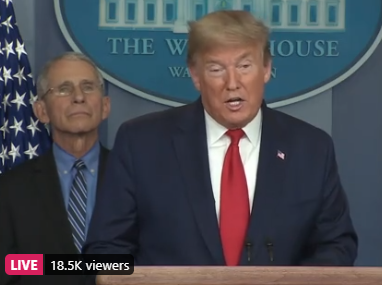 At his briefing earlier President Trump once again said he’d like to bring the economy fully back on line by Easter. There does seem to be a disconnect between what officials in this administration are saying and doing privately and what they are saying to the public.