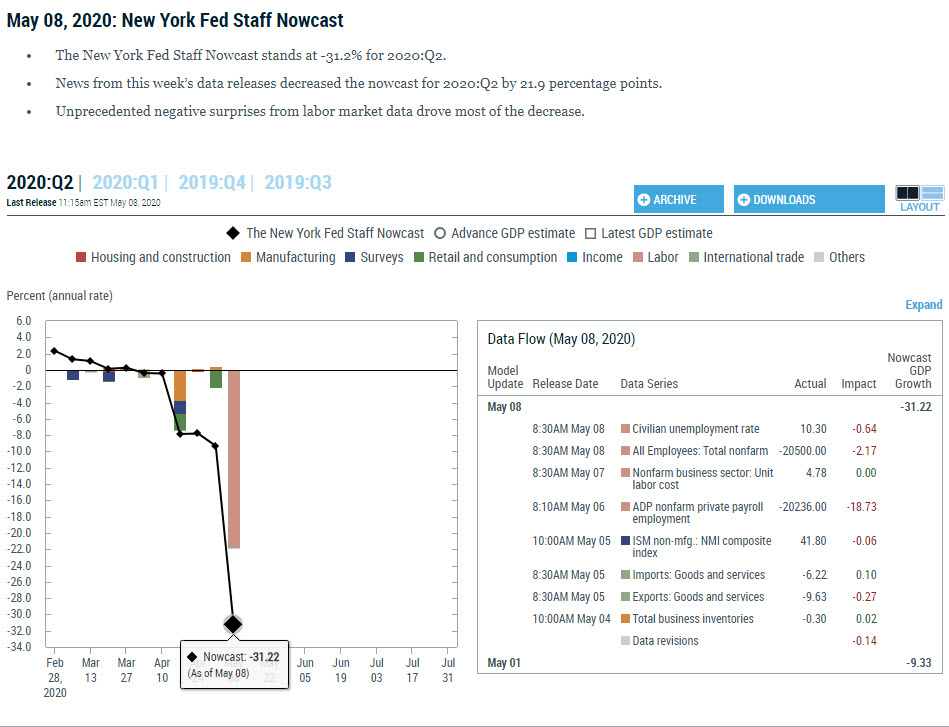 We have not been posting the Atlanta Fed or NY Fed’s guesstimates for 2Q GDP growth, because they were using old data, the models may not be calibrated to the new numbers from the shut down, and as a result, the numbers did not mean much. Garbage in. Garbage out.

However, today’s NY Fed Nowcast number gets a mention today after the employment report.

Although it is likely more true to reality (vs -9.33%), I still don’t know how accurate it truly is to what will ultimately be the reality. Morevoer, it will take some time before Q2 GDP is fully known given the revisions and adjustment to benchmarks. By that time it will be way in the rearview mirror.  Nevertheless, at-31.22%  it is certainly worth a mention today.

PS the Atlanta Fed was tracking -17.6% on their last report on May 5th. They are scheduled for an update today.