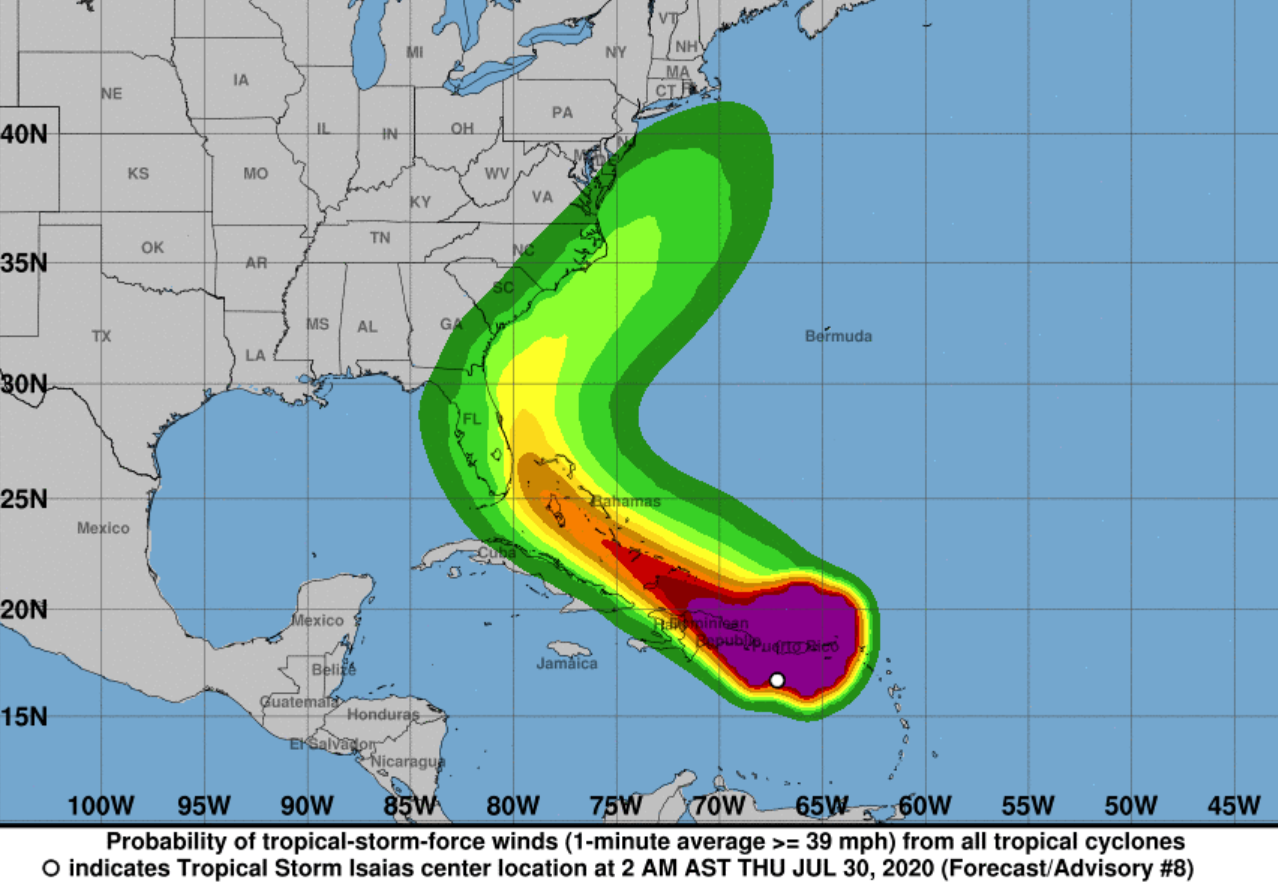 
The latest update on the storm

Tropical storm Isaias is tracking to the south of Puerto Rico and directly towards the Dominican Republic, according to the latest NHC update.

On the current forecast track, it doesn’t look like it will affect significant offshore oil production but it’s going to cause some issues in Florida. State officials have already announced that starting today some coronavirus test centers will be closed.

It doesn’t look like it will become a major storm and may not even  reach hurricane status but it’s likely to bring heavy rains on the forecast track, at the minimum.

The intensity forecast remains challenging. The structure of the
storm is likely to be disrupted by its passage near or over
Hispaniola today, and some weakening is likely. Once the system
moves away from the Greater Antilles gradual strengthening is
anticipated. The global models and the SHIPS guidance suggest that
Isaias will encounter an area of moderate southwesterly shear over
the weekend, and the NHC intensity forecast is again leveled off at
that time. There are models that continue to suggest Isaias could
become a hurricane when it is near the U.S., but given the continued
uncertainty, the NHC intensity forecast remains near the intensity
consensus.