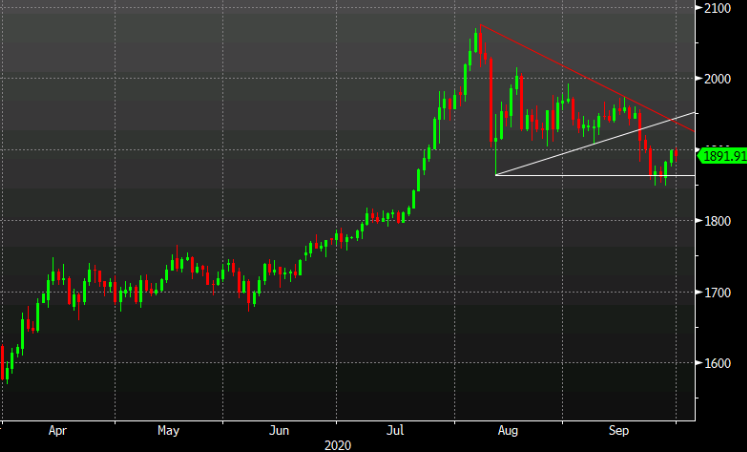 
How the seasonals performed in September

The yen was the best performer in September with the dollar close behind while sterling lagged. None of those things was part of a seasonal pattern.

There is a slight bid to the dollar in the shorter-term but over the past 30 years it’s one of the weaker years for the dollar.

I guess that’s a win for the shorter-term seasonals.

Outside of FX, there were some better trends. I highlighted the trend for gold to struggle in September, noting that it had fallen an average of 1.16% over the past decade. That was a trade that was in the money almost from day one. There was a short-lived rally in gold on Sept 1 as it touched $1992 but it was all downhill from there and it will finish the month down around 4%.

Another one I highlighted was natural gas. It didn’t do so well but there was some major contango in the chart and as it rolled it was briefly in positive territory before finishing down 3.8%. The positive seasonals in gas extend through Oct and Nov.

On the stock market side, I highlighted the potential for strength in the Nikkei 225. It was one of the few major indexes to show a gain in the month at +0.3%. That’s significantly better than the -3.5% decline in the S&P 500.