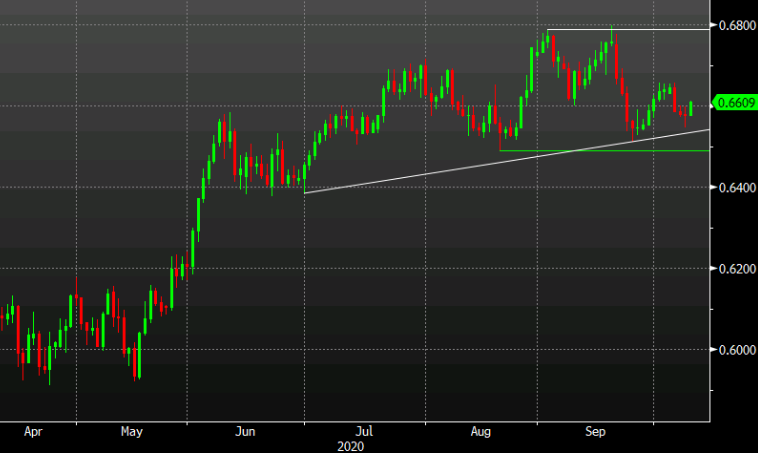 Yesterday when the RBNZ made its most-explicit mention of negative rates yet, the kiwi fell but then stormed right back. That was a tell.

Today it’s easily the strongest performer and up 0.5% on the day.

There isn’t any domestic news driving the rally but it’s playing catch up with other commodity currencies.

How does the chart look? It’s still not great. There are a series of higher lows since June but that double top at 0.6800 is the dominant feature and could turn into a head-and-shoulders, or a spooky double-headed head-and-shoulders; just in time for Halloween.

I just don’t think the market can get completely past the rate cut talk until it happens. That said, is anyone else feeling like central bankers are overdoing it? Economies have been much stronger than they anticipated; maybe it’s time to take a step back and evaluate for a few months.