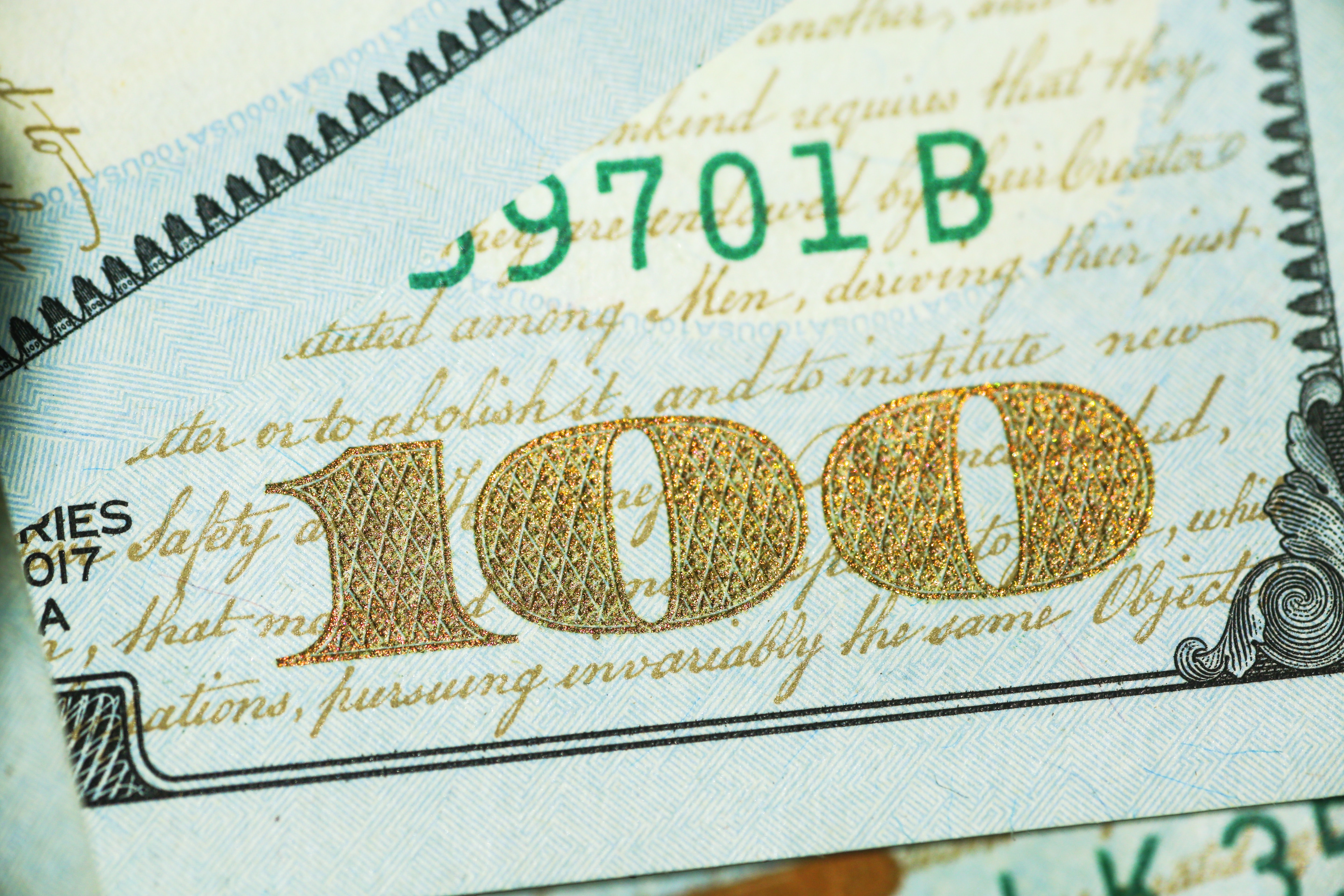 The central banks are listed below with their current state of play. The link for each central bank is included under the title of the bank and the next scheduled meeting is in the title too.

Going into their latest October meeting some analysts had been anticipating a potential RBA cut. As it turned out the RBA kept rates on hold, but they signalled that they would continue to consider how additional monetary easing could support jobs:

“The Board views addressing the high rate of unemployment as an important national priority. It will maintain highly accommodative policy settings as long as is required and will not increase the cash rate target until progress is being made towards full employment and it is confident that inflation will be sustainably within the 2-3 per cent target band. The Board continues to consider how additional monetary easing could support jobs as the economy opens up further”

You can read the full statement here. This opened up the potential for a rate cut ahead and at the time of writing the OiS markets now price in a 84% chance of a rate cut for November’s meeting. The RBA watcher McCrann also moved to expecting a ‘rate cut’ plus on Cup Day. So, a rate cut I snow the base case for this week.

Of other note is that Australia’s Government announced an aggressive stimulus package on October 06. There is now a large fiscal deficit plan in place to support the country and, according to analysts, there will be few ‘losers’ in stocks. This will help the ASX200 catch up with its Asian peers since a rebound started in March of this year. Australian shares will also be helped by a weaker AUD and as bond yields drift lower towards zero after the Reserve Bank of Australia kept open a rate cut ahead after yesterday’s RBA meeting. SO, stocks have been hit on the latest lockdowns but medium term buyers should be rewarded if they stay the course.

Remember that the Australian economy is closely tied to China’s economy. Approximately 30% of Australia’s GDP comes from its trade with China. Therefore, expect the AUD to be pushed or pulled along with the US-China trade sentiment. If Trump wins the US election then that should drag AUD lower as trade tensions between US and China will ramp up. There is also a very strong correlation between the S&P500 and the value of the AUD. A falling S&P500 tends to weaken the AUD and vice versa, so keep an eye on the latest US stock moves as well in deciding the next path for AUD

This week the ECB kept rates unchanged and PEPP bond purchases the same, but recognised that risks were tilted to the downside at the last ECB rate meeting this week. The ECB recognise that future actions needs to be taken and will use ‘all instruments’ flexibly with a particular focus on the PEPP bond purchases. President Lagarde foresaw Q3 GDP surprising to the upside, but said Q4 was more challenging and November would be very negative. The bottom line is that the ECB has set expectations for further bond purchases in December’s meeting to add to the existing €1.3+ trillion already agreed. However, in terms of the EURUSD pair we may still see EURUSD buyers as ‘bad news’ can be supportive for the EUR against the USD as it shows that the ECB will ‘do whatever it tales’ to support the eurozone. This is why we saw the EURUSD rise in June earlier this year when the bonds were increased by €600 billion.

The bank of Canada left their rates unchanged this week too. The QE program is going to be continued and gradually reduced from the current $5bln a week to at least $4bln a week. The interest rates will remain at its effective lower bound until economic slack is absorbed so that the 2% inflation is achieved. Interest rates are not expected to rise now until 2023.Governor Macklem was against negative interest rates saying that the bar for using them would be very high. The bond purchases will shift to the longer end including 3,5,10, 15 and some 30 year bonds. There is scope to do more with the QE program if needed. Note that weaker oil typically weighs on the CAD as around 17% of all Canadian exports are oil related. However, the negative correlation between USD/CAD and oil has broken down recently. Canada’s top export is Crude Petroleum at over $66 billion and around 15.5% of Canada’s total exports. All in all pretty uneventful last rate statement from the Bank of Canada from a trading perspective. USDCAD popped higher on the release, but that was mainly to do with risk off flows into the USD at the time.

The September Fed meeting was a disappointment for the markets as it showed that the Fed is less accommodative than the market was anticipating. Or perhaps it was just that the Fed was not as overly bearish as the market was hoping for. Yield curve control was mentioned as a monetary policy tool, but most participants considered the tool to only provide modest benefits. Furthermore, there were many participants who pointed to potential costs associated with yield caps. The reluctance to use yield curve control supported the USD.Remember that the Bank of Japan and the Reserve Bank of Australia have both used yield caps, so there are some recent examples of this policy in action for the Fed to consider. However, it should be noted that despite the reaction to the last Fed’s message the Fed is set to keep rates low for the foreseeable future and no rate hikes are planned until 2023. This should keep the USD pressured in the medium term, but of course the election on Tuesday is going to be the main driver of the USD this week. The Fed will likely just tip the hat to the US administration and ask for more fiscal stimulus in a bid to get the stimulus bill agreed as quickly as possible post elections. You can read the full statement here.

Brexit, Covid-19, and a slowing economy all continuing to weigh on the GBP. The BoE kept interest rates unchanged at0.10% in their September meeting and asset purchases were kept unchanged at £745 billion. Both of these decisions were unanimous with 9-0 votes from the Monetary Policy Committee (MPC). However, the GBP was sold heavily out of the last rate meeting as the Bank of England further opened the possibility of negative rates for the UK. The specific headline that prompted the GBP selling was that the Bank of England said the Monetary Policy Committee had been briefed on the the BoE’s plans to ‘explore how a negative bank rate could be implemented effectively’.You can read the full statement here.

Rising COVID-19 cases, Brexit concerns , and a slowing UK economy are all expected to weigh on the GBP near term. Brexit remains the big mover and shaker for the GBP and an ongoing event risk. External policymaker Silvana Tenreyro said in an interview over the weekend of September 28/29 that she did not expect Britain to experience a fast V-shaped recovery for three reasons. Firstly, due to headwinds from local flare-ups in COVID-19, secondly due to rising unemployment and finally due to a weak global economic outlook. In the same interview Tenreyro sung the praises of negative interest rates and increased expectations for the BoE to use negative ratesby next year. The odds of a BoE rate cut are currently at 60% according to the OiS future markets at the time of writing

The SNB interest rates are the world’s lowest at-0.75% and haven’t changed at a scheduled meeting since 2009. In September the SNB left rates unchanged. The inflation forecast was higher than in June’s forecast and rising oil prices was the cited reason. The forecast for 2020 was -0.6% (vs -0.7% forecast in June) and +0.1% for 2021 and +0.2% for 2022.The SNB started also said that they would publish data on FX market interventions quarterly rather than annually. This will compliment the weekly sight deposits data and is in large part a move against the US and the claim that the SNB is a currency manipulator. The CHF was once again labelled as ‘highly valued’ at the meeting. A strengthening Franc hurts the Swiss export economy a number of large institutions, like UBS Group, Raiffeisen Bank International AG and Bank J. Safra Sarasin, had been calling for a rate cut for Autumn of last year. So far these calls have not been heeded.he Swiss are always mindful of the EURCHF exchange rate because a strong CHF hurts the Swiss export economy. The SNB want a weaker CHF. The rest of the world wants CHF as a place of safety in a crisis, so we have this constant tug of war going on.

For more details on the sight deposits check out SNBCHF.com, This site called the removal of the floor back in 2015, so well worth checking out.

The Bank of Japan is another very bearish bank and the meeting last week saw no major shift. They kept monetary policy as expected and rates unchanged at -0.10%. The Yield Curve Control is maintaining its flexible target with 10yr JGB yields at around 0%. Projections were revised lower this year, but higher next. Fiscal median forecast was -5.5% from -4.7% this year and 3.6% from 3.3% for next year. CORE CPI was -0.6% from -0.5% for this year, but 0.4% from 0.3% for next year. In the big picture Inflation in Japan continues to miss the 2% target and the BoJ have stated that they will ‘keep very low interest rate levels for an extended period of time’. All in all the BoJ remained on the fence at this last meeting.

You can read the full statement here.

The RBNZ had been keeping markets guessing over its use of negative interest rates. However, that uncertainty was dialled back after the August meeting. The RBNZ launched a set of bearish policies extending its asset purchases programme by raising it $40 billion to $100 billion. The RBNZ crucially indicated that it was open to negative interest rates. In their September 23 meeting the RBNZ kept the interest rates unchanged, asset purchases at $100 billion. The trajectory for negative rates next year was kept open. The RBNZ kept a number of additional monetary stimulus tools open. They were a Funding for Lending Programme (FLP – cheap lending for banks), a negative cash rate and purchase of foreign assets.One key bearish change from the RBNZ was that the Funding for Lending Programme could be established before the end of the year before the cash rate is due to turn negative next year.The RBNZ are widely expected to keep its OCR unchanged in the immediate future. However, the OIS curve would now suggest the odds of further easing will gradually increase as the months pass. You can read the full statement here. One development to watch is if the RBA cut this week then the AUDNZD may start rising higher again as the RBA will likely stay on hold here, but the RBNZ still want to cut rates potentially into negative territory. Therefore, post the US election and RBA decision on Tuesday, check out the potential of an AUDNZD long swing trade. The yield spread between Australia and New Zealand favours AUDNZD upside. 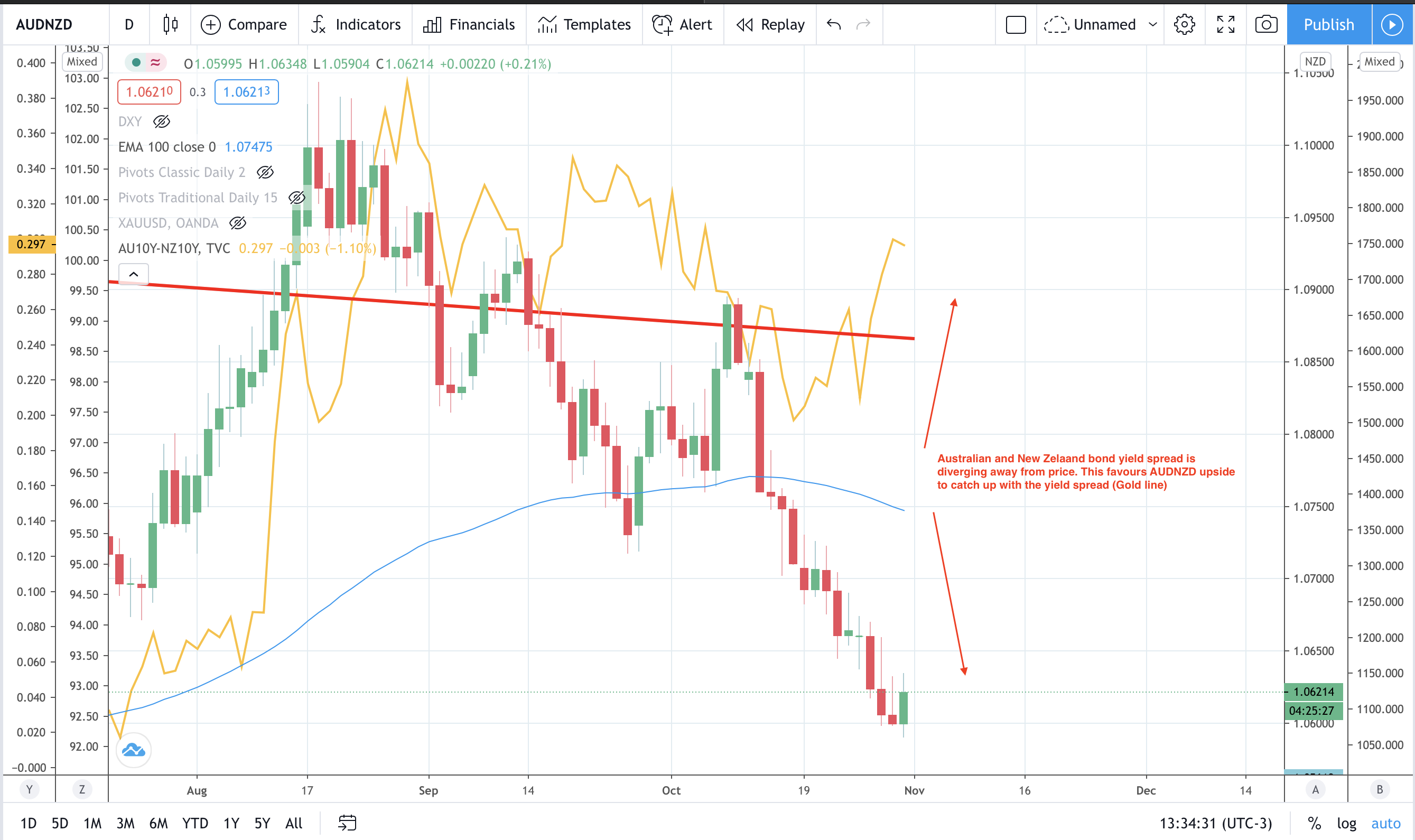 Oil climbs for the third week in a row, nears the range-top
Crude gives back the latest pop
Forex LIVE Trading | Best 1 Min SCALPING Strategy | Trade with Me to make Fast and Big Profits!!
Market participants increasingly focused on how asset purchases might evolve
How to Downlaod 99%accurate Best Forex Trading Systems For Professional Traders|Profitable Strategy