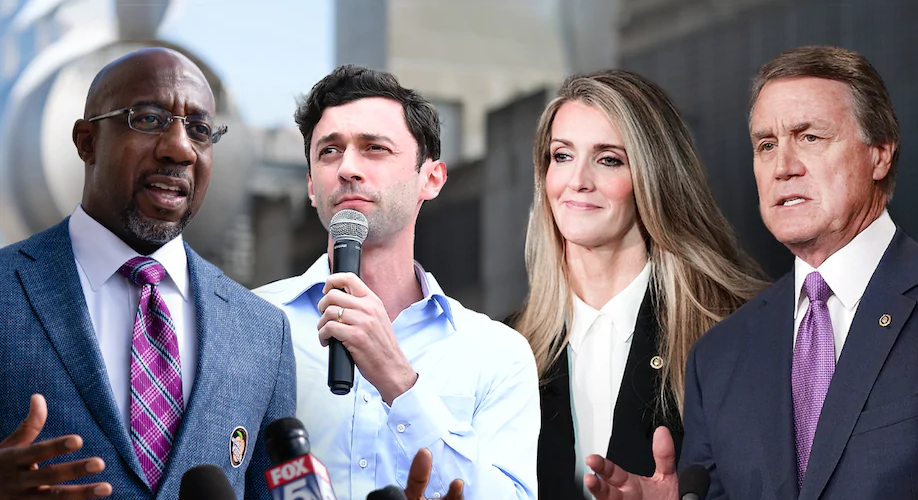 
The Georgia runoff is a good example

Voting for the two pivotal Georgia senate seats is ongoing now and we should have a good idea of the results in 24 hours, but the trade in equities is tough.

I’ll let Oppenheimer strategist John Stoltzfus explain his view, which is along the lines of the consensus (though probably exaggerates the potential decline):

“Should the Democrats win both seats, we expect the S&P 500 to
become vulnerable to a downdraft in the neighborhood of 6% to 10%,”
wrote Stoltzfus in a note to investors.

“In our experience the
markets prefer that Washington’s Capitol Hill have enough checks and
balances in place to keep political power out of just one party’s
hands,” he added.

A Democratic Senate sweep “would bode ill for business with the
likelihood that corporate tax rates could rise substantially,” Stolzfus said.

I think a backward-looking narrative has emerged since the general election. The S&P 500 has rallied 12% since the election and so many strategists point to the ‘divided government’ explanation.

At the same time, the Russell 2000 has climbed 22% and global markets have also kept pace with the S&P 500. To me that says it’s not about divided government but mostly about a vaccine. I’d say that perhaps 20% of that rally is politics but a big chunk of that is simply relief that the sun came up the day after the election — which was probably the most-anticipated (angst-ridden) global event since Y2K.

I disagree that a sweep would be negative for stocks in any sense. The corporate tax hike fear is the easiest to dismiss. Red Democrats simply won’t support it. There’s no way Joe Manchin votes for it beyond — maybe a token 1 percentage point rise — but nothing to worry about with rates pinned to the floor.

The upside though is huge. Biden was promising $2000 cheques at a rally in Georgia. He’s called the latest $900B stimulus a ‘down payment’. I don’t see any scenario where deficits aren’t significantly larger in a Democratic sweep.

The idea that a divided government is historically best is also flimsy. You don’t have to go back any further than Trump’s win to see that’s not always the case. Markets ripped on his 2016 win because it included a Republican sweep that gave him the power to cut taxes.

So I’m confident that stock markets will rise on a Democratic win and I worry that they would fall temporarily if Republicans hold the Senate.

The problem is that the consensus view seems to be the opposite.

But that’s trading. You can like the setup, get the future right and still blow it in so many ways.

The good news is (as I often say): There’s always another trade.

I think there are other more-straightforward trades on the Georgia election so I don’t have to sort it out. The clearest one for me is bonds. Short bonds on a Democratic sweep. Not far behind is buying gold and silver, which would rise on a Dem win. In FX, the winners would stand to be CAD and MXN, which benefit from commodities and their huge trading relationships with the US.

That said, if there is some equity kicking and screaming on a Democrat win, I’ll buy that dip.